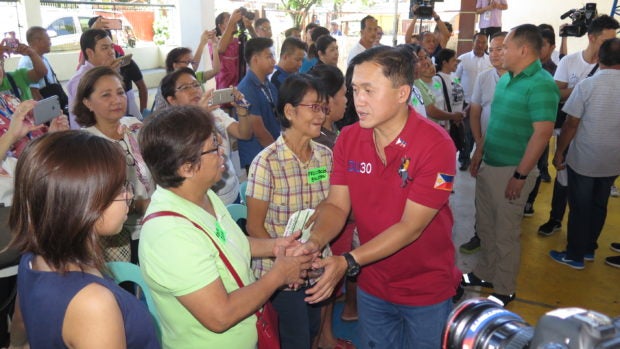 LUCENA CITY –– Senator-elect Christopher Lawrence “Bong” Go has expressed optimism that the stalled peace talks between the communist rebels and the government could still resume.

“In the next three years of President Duterte’s administration, I’m not losing hope that there will be peace talks again,” Go said in his speech here Wednesday noon.

He was here to distribute relief goods and cash assistance to fire survivors in Barangay Ibabang Dupay.

Go, former Special Assistant to President Duterte, declared that he was offering himself to become one of the government peace negotiators.

“If I would be one of the bridges, I am ready to accept it,” he said in an interview with journalists after his speech.

He said he was “positive” on the return of the negotiators from both sides.

Go, one of the persons closest to President Duterte, said he and the President have been continuously conducting talks about the peace negotiations.