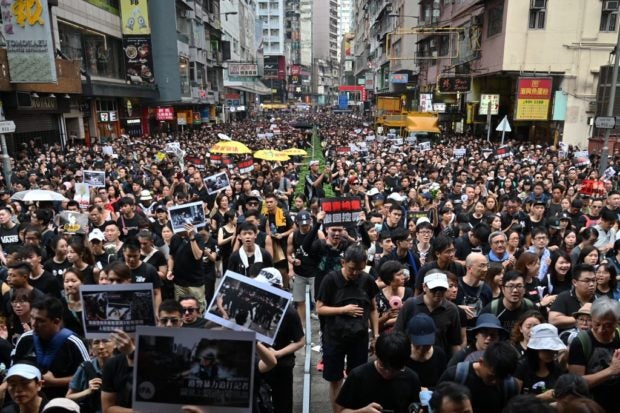 Two adult websites, ThisAV and AV01, left messages on their respective home pages to support protests against a bill that will allow extraditions to mainland China, Quartz reported on June 12. The bill is seen as another example of Beijing threatening Hong Kong’s democracy.

On June 9, journalist Yuen Chan noted on Twitter that ThisAV encouraged site visitors to join “life or death” rallies instead of “jerking off at home.”

The message also had expletives reserved for officials and pro-Beijing lawmakers, as per Quartz. It reminded visitors too that x-rated content remained accessible on its mobile site.

Police estimated that 240,000 people attended the protest on June 9, though organizers said there were over 1 million participants.

The mass protests in the days that followed compelled Hong Kong’s chief executive Carrie Lam to suspend the bill on Friday, June 15. This led to another massive protest on Saturday, which drew about 2 million people who viewed the move as a delay tactic.  Niña V. Guno /ra