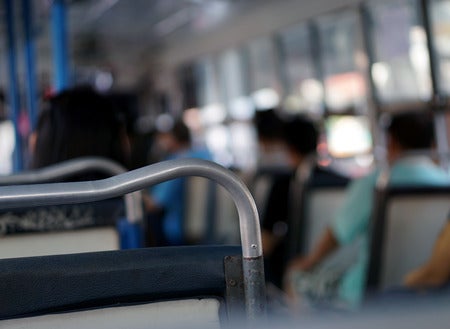 A man from Sydney, Australia, confronted a “creep” for harassing an underage schoolgirl on a bus.

Christopher Moriarty, a writer-director-actor, narrated the story on his Facebook on June 16. He shared a video of their confrontation, which was filmed and sent to him by a stranger who witnessed the incident on the bus. In the video, the unidentified man, who was wearing a cap, can be seen cursing at Moriarty during the confrontation.

As per Moriarty, he told the man the girl was a schoolgirl and that he was being a creep.

“He proceeds to tell us both exactly what age is legal and then angrily question whether she’s my girlfriend and what business is it of mine, and would I like to step off the bus where he can bash the sh*t out of me,” he said.

Moriarty then told the man threats of violence in public with multiple witnesses around does not seem very smart, prompting the man to become angrier.

Moriarty commended the schoolgirl, who kept calm throughout the entire time on the bus. He also left an important message in the end, urging people not to be silent in similar situations.

“This schoolgirl was the coolest cucumber throughout the whole mess. What a champ,” he said. “Guys, don’t stay silent. This prick here was creeping on a schoolgirl. He deserves to be shamed for it.”

According to the Stop Street Harassment organization, bystanders and witnesses can make a big difference when it comes to stopping harassment. Brian Martin, a social sciences professor at the University of Wollongong in Australia, gave tips for bystanders on how they can help stop harassment, saying that asking a woman if she is being bothered may deter a harasser.

“If it looks like a man is bothering a woman, ask her, ‘Is someone bothering you?'” the tip said. “That question alone may deter a harasser who believes no one will intervene.”

Moreover, Martin suggested calling the harasser out and asking assistance from authorities and other bystanders nearby. It is also recommended to give supportive words to someone who has just been sexually harassed.  /ra