Xi supports North Korea’s direction on issues ahead of visit 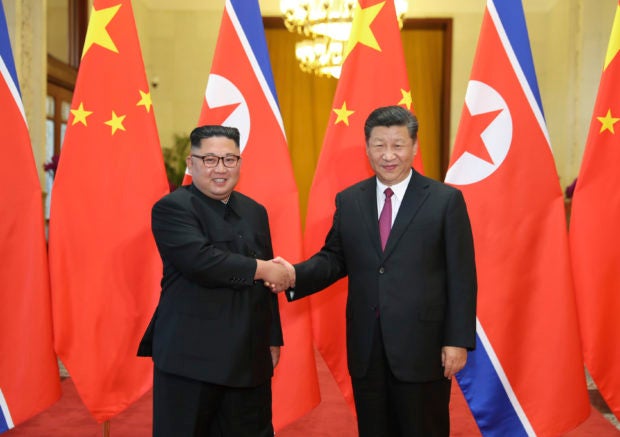 But experts say Xi during his summit with Kim will likely endorse North Korean calls for an incremental disarmament process in which every action Pyongyang takes it met with U.S. concessions on sanctions and security issues.

Xi said his visit on Thursday and Friday would “strengthen strategic communication and exchange” between the traditional allies.

Nuclear negotiations between the United States and North Korea have been on a standstill since February when a summit between Kim and President Donald Trump collapsed over what the Americans described as excessive North Korean demands for sanctions relief in exchange for only a partial surrender of its nuclear capabilities.

Kim has said he would seek a “new way” if the United States persists with sanctions and pressure against North Korea.

The Trump administration has said sanctions will remain in place until the North commits to fully and verifiably relinquishing its nuclear and missile program upfront.