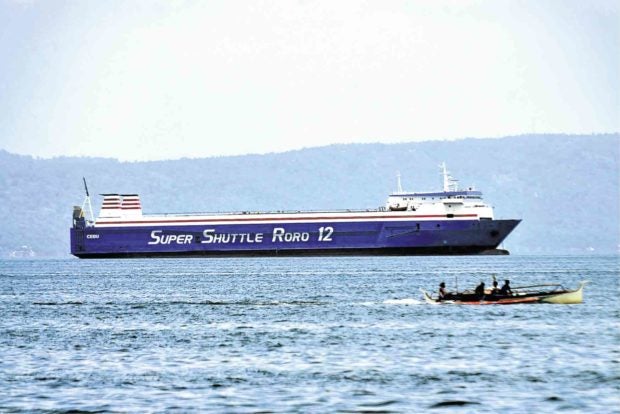 CEBU CITY, Cebu, Philippines — At least 28 new routes for roll-on, roll-off (Ro-Ro) ships are being developed or revived across the country, connecting several islands mostly in the Visayas and Mindanao, reports from the Philippine Ports Authority (PPA) said.

Among these are nine missionary or new routes proposed by private shipping firms this year, according to the PPA as it revealed its plans of strengthening the nautical highway in the country.

Two of the ports being serviced by Ro-Ro vessels in Cebu province were inspected by Speaker Gloria Macapagal-Arroyo during her visit to the provinces of Cebu and Negros Oriental on Monday.

Arroyo went to Taloot wharf in Argao town, Cebu, which is now served by a Ro-Ro vessel to and from Loon town and Tagbilaran City in Bohol province.

She also inspected the port of Santander town, where routes to Sibulan in Negros Oriental, Siquijor province and Tagbilaran City are being developed.

A Ro-Ro service from Oslob, Cebu, to Dumaguete City is also expected to start during the last quarter of this year.

In Argao, PPA officials briefed Arroyo on the status of the vessels’ routes. 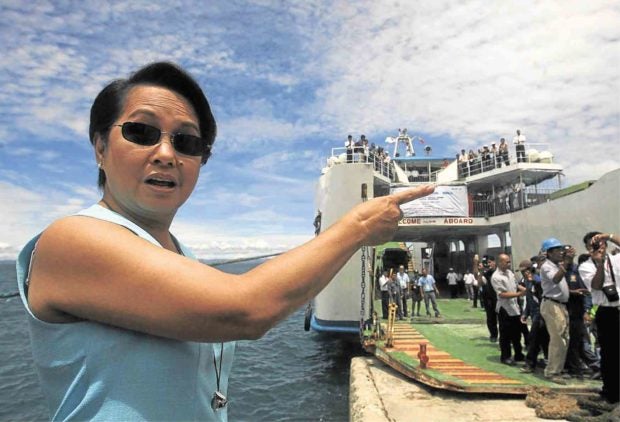 LINKING PH ISLANDS. In this photo in 2008, then President Gloria Macapagal-Arroyo leads the launching of the Strong Republic Nautical Highway, a major project of her administration to link the country’s islands, in the port of Bulan in Sorsogon province. The Ro-Ro vessel sailed to Allen, Samar. —LYN RILLON

Arroyo, who served as President from 2001 to 2010, said it was during her administration that the government started to develop Ro-Ro routes initially to cut down costs in transporting agricultural products from the regions.

She cited an Asian Development Bank (ADB) study for the Philippines showing that prices of agricultural products had increased due to the high cost of transportation. With the Ro-Ro system, expenses will be lessened because the produce will no longer have to be unloaded from trucks and loaded onto ships, she said.

“It started with agricultural products because Mindanao is the food basket and Luzon is the market. There are so many expenses in shipping. There was an old ADB study on how to bypass all of that (expenses) and that is the Ro-Ro system,” she said.

Arroyo, who will end her term as Pampanga representative on June 30, welcomed the Duterte administration’s efforts to revive what she described as her pet project.

“It worked and … it boosted tourism. First it was for cargoes; now it has developed further with more routes and passengers,” she said.

Among the Ro-Ro routes that will be opened this year are Taytay to Cuyo in Palawan province; Lucena City (Quezon) to Romblon; San Andres, Quezon, to Burias, Romblon; and San Jose, Occidental Mindoro, to Batangas.

The government this year is also targeting to connect via Ro-Ro Daanbantayan town in Cebu to Calbayog City; Tabuelan in Cebu to Iloilo City; and Loay, Bohol, to Cagayan de Oro City.

Next year, new Ro-Ro routes will be opened in San Juan, Batangas, to Calapan City, Oriental Mindoro; Iloilo City to Cuyo, Palawan; Masbate to Camarines Sur; and Romblon to Caticlan in Malay, Aklan.