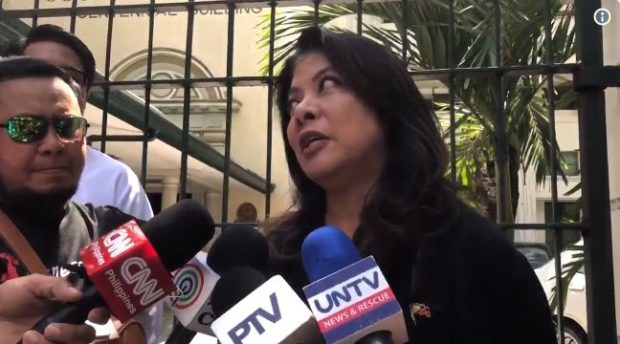 MANILA, Philippines – The 22-year old human rights volunteer gunned down during the weekend was supposed to stand witness to the alleged harassment being perpetrated by the government against members of cause-oriented groups.

Karapatan Secretary General Cristina Palabay said Ryan Hubilla was supposed to testify on the writs of amparo and habeas data case before the Court of Appeals about how he was subjected to periodic surveillance by elements of the military intelligence company under the 903rd Brigade.

Last April, Palabay said Hubilla and three other Karapatan workers were tailed by men on a gray pick-up vehicle and a black motorcycle with no license plates while escorting Atty. Bart Rayco of the National Union of Peoples’ Lawyers-Albay. They all visited Rayco’s clients who were political prisoners at the Philippine National Police Station in Cabid-an.

Presidential Communications Office Undersecretary Lorraine Badoy, one of the respondents in the Amparo case at CA is confident gov't will win because of petitioner's 'sloppy' work after they failed to present judicial affidavits. | @T2TupasINQ pic.twitter.com/WNvxQOsR1u

On June 15, Hubilla, along with 69-year-old Nelly Bagasa, was gunned.

“How can Ryan now serve as a witness? He has been killed. Even providing mere humanitarian assistance for political prisoners and their kin has now become an act that may result in a person’s death. Such has become possible with the direct threats and slanderous red-tagging campaign that no less than President Duterte and his generals have instigated,” Palabay said.

The Court of Appeals, however, denied their request to present evidence after they failed to produce judicial affidavits of witnesses.

Presidential Communications Office Undersecretary Lorraine Badoy, one of the respondents in the writs of amparo and habeas data filed by the human rights groups, meanwhile, expressed confidence that the Court of Appeals would rule in their favor.

“I do think that judges will rule in favor of the government, that is my impression…it’s just really sloppy work to me. They didn’t come prepared,” Badoy told reporters referring to the petitioner’s failure to submit judicial affidavits of their witnesses.