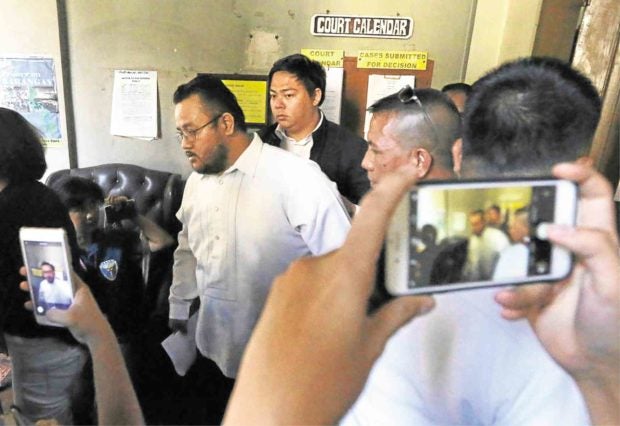 MANILA, Philippines — A member of a University of Santo Tomas fraternity on Monday was found guilty by a Manila court of misleading the police investigation of the September 2017 fatal hazing of law school freshman Horacio “Atio” Castillo III.

She dismissed the perjury case against him.

Solano, clad in a barong Tagalog, stood in silence during Monday morning’s promulgation of the decision. His lawyers said they would study their options, such as appealing the ruling or asking the court to put Solano on probation.

Solano was “in high spirits” despite the ruling, his lawyer Patrick Mercado told the Inquirer.

“We were expecting the worst but hoping for the best,” Mercado said.

Castillo’s family hailed the Manila MTC ruling as the “first conviction to a perfect conviction.”

“The obstruction of justice case was a big part because it proved that there was an intention to deceive, to mislead the investigation. There’s something that they really wanted to cover up,” the victim’s mother, Carmina, said after the promulgation.

“So the obstruction [ruling] is a good victory. There’s already a conviction [from court]. I call it the first conviction before a perfect conviction.”

Ten others are facing a separate charge of violation of the antihazing law in the Manila Regional Trial Court Branch 20. All are detained at the Manila City Jail. 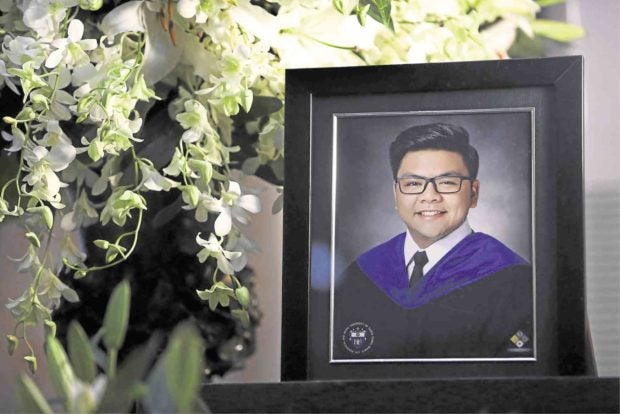 The gruesome death of Castillo, a 22-year-old law freshman, had sparked public furor.

He had informed his parents that he was attending an overnight welcoming ceremony of Aegis Juris fraternity at UST and assured them that he would be back the next day, a Sunday, in time for the morning Mass.

That Sunday, Carmina got an anonymous text informing them that their son had been brought to Chinese General Hospital in Manila. Forthwith, she and her husband drove to the hospital past Sunday midnight to find that their son had died of massive heart attack from violence.

Those involved in the hazing clammed up until fraternity member Marc Anthony Ventura decided to tell all. He had been admitted to the Witness Protection Program.

In his affidavit, Ventura said at least 10 members took turns in punching Castillo for hours during the initiation rites. While he was barely breathing, they whacked his thighs five times with wooden paddles, making him lose consciousness.

Judge Esguerra, in her 27-page decision, ruled that Solano “gave false and fabricated information to mislead the police or to prevent them from apprehending those responsible for the death of Castillo.”

“Consequently, his liability … was proven beyond reasonable doubt,” she said.

In a police statement, Solano claimed that he was merely passing by when he chanced upon Castillo lying on a sidewalk in Tondo, Manila. He further claimed that he even pleaded for help, but motorists and bystanders ignored him.

Ventura had told investigators that it was Solano who performed CPR on Castillo after the neophyte passed out.

Police investigation also showed that it was Solano who brought Castillo to Chinese General Hospital where he was declared dead on arrival.

The judge dismissed the perjury case against Solano, ruling that policemen failed to prove that an oath was administered in his affidavit.

“Rather than enlightening the court on the circumstances surrounding the supposed administration of oath of the accused in the assailed judicial affidavit, it appears to this court that their story is riddled with omissions and inconsistencies,” she said. —With a report from Tetch Torres-Tupas