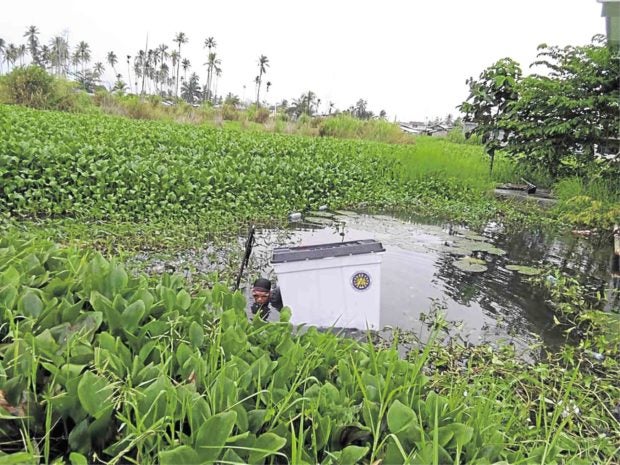 COTABATO CITY — A ballot box used in the May 13 elections turned up in a marshland in Datu Salibo, Maguindanao province, last week, prompting residents to call on the Commission on Elections (Comelec) to investigate.

Sam Zailon Esmael, a resident of Datu Salibo, on Monday said the ballot box containing documents was found floating in a marsh in Barangay Sambulawan, Datu Salibo, on Friday last week, a month after elections were held.

He said Moadz Mindao, a fisherman, found the box at 4 p.m. on June 14 and alerted his neighbors about his discovery.

Esmael, who posted pictures of the find on his Facebook page, said the box contained filled-out ballots and documents used in the May 13 elections.

Comelec records showed that Datu Salibo had 9,504 registered voters. Of this number, about 5,000 participated in the recent elections.

The Inquirer on Monday tried but failed to reach Maryann Marohombsar, the election officer of Datu Salibo, for comments. —Edwin O. Fernandez