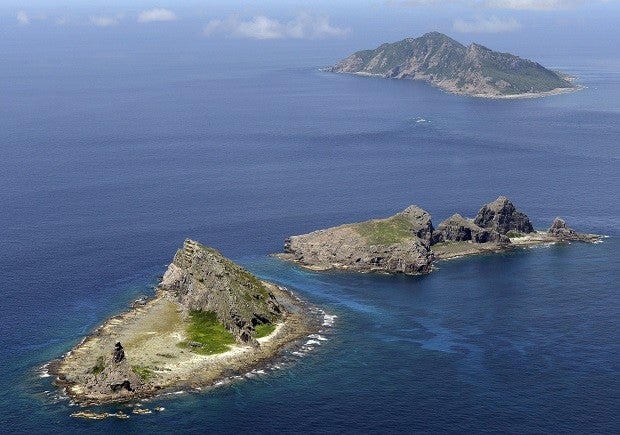 In this Sept. 2012 photo, the tiny islands in the East China Sea, called Senkaku in Japanese and Diaoyu in Chinese are seen. AP FILE PHOTO /Kyodo News

TOKYO — Japan is protesting what is said was an unauthorized Chinese maritime survey within its economic waters near disputed East China Sea islands.

Japan’s Foreign Ministry said it lodged a protest with Beijing after a Chinese maritime research ship was seen dropping a wire-like object into the water off the northwestern coast of Japanese-controlled Senkaku islands on Sunday.

China also claims the islands, which it calls Diaoyu.

The ministry said Monday it urged China to immediately stop the survey.