Hunt for cause of massive South America power outage begins

BUENOS AIRES, Argentina – As lights turned back on across Argentina, Uruguay and Paraguay after a massive blackout hit tens of millions people, authorities were still largely in the dark about what caused the collapse of the interconnected grid and tallied the damage from the unforeseen disaster.

Argentine President Mauricio Macri promised a thorough investigation into what he called an “unprecedented” outage, one that raised questions about flaws in South America’s grid, which connects many of the region’s largest countries.

Energy officials said the results of the investigation would be available in 10 to 15 days, and they could not immediately provide details on the economic impact of the outage, which came on a Sunday, and a day before a national holiday in Argentina. 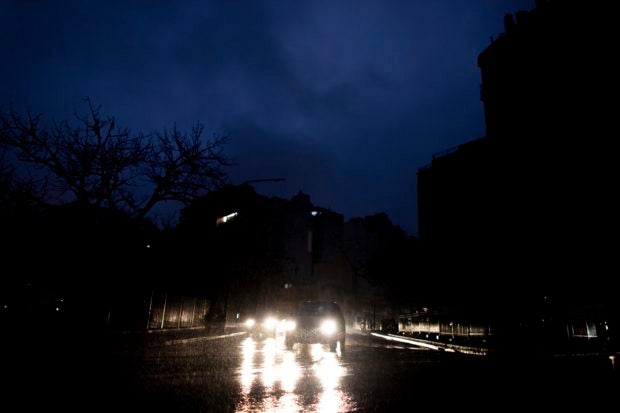 Cars drive through an unlit street during a blackout in Buenos Aires, Argentina, Sunday, June. 16, 2019. A massive blackout left tens of millions of people without electricity in Argentina, Uruguay and Paraguay on Sunday in what the Argentine president called an “unprecedented” failure in the countries’ power grid. (AP Photo/Tomas F. Cuesta)

Argentine Energy Secretary Gustavo Lopetegui said the blackout began with a failure in the country’s “interconnection system,” adding that it happens in other countries as well. But he said a chain of events took place later, causing a total disruption.

“This is an extraordinary event that should have never happened,” he told a news conference. “It’s very serious. We can’t leave the whole country all of a sudden without electricity.” He did not discount the possibility of a cyberattack, but said it was unlikely.

The collapse began at about 7 a.m. Sunday, with Argentina’s population of 44 million and residents of neighboring Uruguay and some areas of Paraguay waking up to Father’s Day in the dark.

Public transportation halted in Buenos Aires, while phone and internet communications were disrupted, water supplies were cut off and shops were forced to close.

Patients dependent on home medical equipment were urged to go to hospitals with generators.

But the outage ignited questions about Argentina’s preparedness and lack of investment in the power system at a time when the country is going through a deep economic crisis with soaring inflation, a tumbling of the local currency and a spike in utility bills fueled by austerity measures ordered by Macri.

The conservative leader has seen his popularity ratings plunge during a crisis where he has struggled to tame one of the world’s highest inflation rates and poverty has reached about a third of the population.

Argentines are also frustrated with high utility costs and the blackout could trigger more protests against Macri’s government just as he seeks re-election in October. /gsg