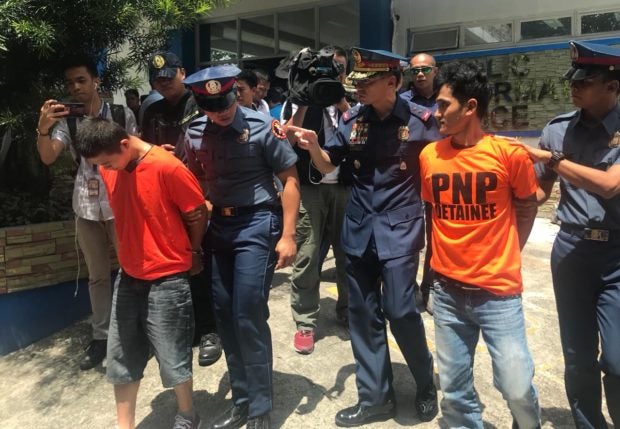 In a press briefing at Camp Crame, Albayalde described the two as “Islam converts who joined the Daulah Islamiyah Philippines under Hatib Hajan Sawadjaan.”

Sawadjaan had assumed the leadership of the terrorist group after the death of Isnilon Hapilon at the height of the Marawi siege in 2017.

They allegedly yielded blasting caps and grenades when arrested.

Albayalde said investigators have yet to establish if the two had any plans for a terror attack in Metro Manila, as he also explained a probe is underway to uncover the circumstances surrounding their presence here, and to identify the persons who gave them sanctuary.

“But I believe by going here, mayroon silang pakay na ayaw lang din [nila] sabihin (they have a plan that they just don’t want to disclose),” he said.

He said it is also possible that they were in the metro to stage a terror attack during President Rodrigo Duterte’s fourth State of the Nation Address on July 22.

The suspects, who had come from Sulu, had only been in Quezon City for less than a week before they were arrested.

According to Albayalde, the two suspects also belong to “support groups” during the Marawi siege, but retreated at the height of the battle.

The two are facing charges for illegal possession of explosives. (Editor: Julie Espinosa)