After 20 years of working, single mom gets college degree at 42 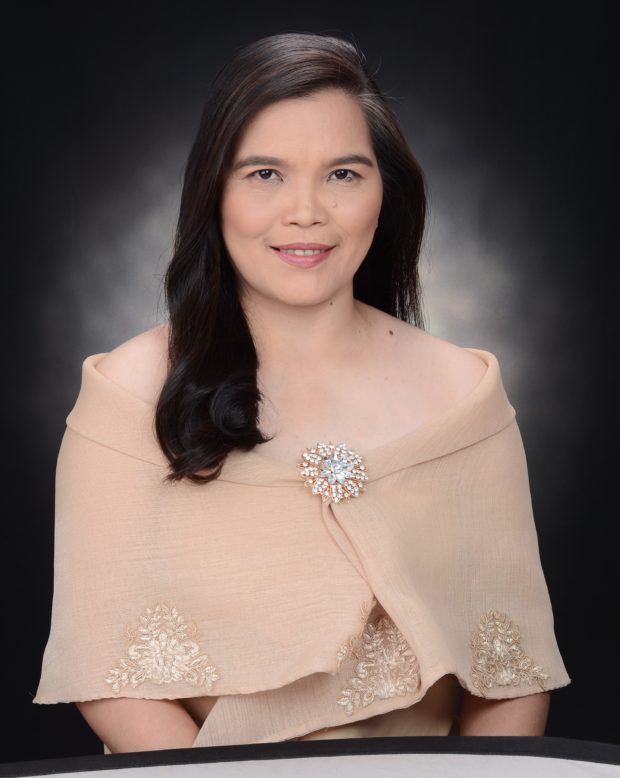 MANILA, Philippines — Earning a college degree had long been the holy grail of this 42-year-old single mother and former overseas worker.

Michelle Sison was 17 when she completed her freshman year in civil engineering at the University of the East (UE)-Manila. But she could no longer afford the lengthening list of technical materials needed for coursework, so she begrudgingly relinquished her slot at UE.

Over the next 20 years, she took up every odd job available: saleswoman in a cockfighting arena and a hardware store in Bulacan province; vegetable vendor in Caloocan City; seamstress in Rizal province; computer and electronics operator in Taiwan.

But the lure of a college degree remained tantalizing.

“It was my dream,” the then aspiring teacher told the Inquirer. “Even as a kid, I loved studying. So I planted it in my head that the time would come when I would finally finish a course.”

As an added sweetener, she was conferred the Gawad Haraya, the school’s highest honor.

Decades in the making

Just a day before graduation day, Sison had been quite ill. But she pushed herself to get out of bed, she said, because she didn’t want to rob her mother of the chance to walk on the stage beside her.

“I could see the joy on her face,” she said. “When we walked up I could feel her hand shaking. She was so excited.”

It was hardly a surprise that mother and daughter would be overcome with emotion. They both knew Sison’s triumphant graduation march was a payoff decades in the making.

All together, Sison had spent nine years working in Taiwan, where her jobs ranged from assembling CDs and silicon boards to testing chemicals at an electronics company. She sent money home every month.

She returned to the Philippines after her first two years in the small island-nation but quickly found that the local job market was a harsh and unkind place for a mere high school graduate. Like many others, she was forced to take on seasonal jobs and burned through her savings.

“I lost hope,” Sison said. She spent the next few years returning periodically to Taiwan, where she found herself at the mercy of whatever work contract she could secure.

When she went back to Taiwan in 2010 for a three-year stretch, however, the strain of being an overseas worker became doubly acute because she now had a 5-year-old-daughter whom she left in the care of her parents.

“It was so difficult because just hearing her voice would’ve made me so happy,” Sison recalled. “I would only hear her in the background whenever I called home, saying she didn’t want to talk to me.”

“But I knew I had to endure it because I was doing it for her,” she said.

Sison came home in 2013. She could now take pride in the fact that all her siblings, through her help and support, had earned college degrees and held jobs.

But while at work as a secretary in a printing shop, she had an epiphany: “It just hit me that I wasn’t in the field I was meant to be in. I wasn’t doing what I wanted. So I started browsing possible schools on the internet.”

She had long wanted to be a teacher, but now she locked on to that aspiration with a sudden and powerful sense of urgency. Teaching could finally provide her the steady job she had craved for decades. She saw it as her last chance.

She chose to apply to NTC, which, under its open-admissions policy, does not require prospective students to take and pass an entrance exam. It was perfect for Sison, who had felt rusty from the 20-year hiatus from studying.

“I wanted the challenge. That’s the point of studying—to learn,” Sison said.

She surprised herself by forming strong bonds with other students half her age. “I felt like I was 19 again,” she said, laughing.

Sison held a scholarship from NTC to ease a bit of the burden of tuition payments. But in a poignant role reversal, it was her siblings who now rushed to help, filling in the financial gaps and allowing her to quit her job to focus on school full-time.

Edizon Fermin, NTC vice president for academic affairs, said a rigorous, multilevel selection process was put in place to determine who among the roughly 2,000 graduates would receive the inaugural Gawad Haraya on graduation day.

Sison was found to embody the award inside and out. “She was exactly what we were looking for in the awardee—a student who has pursued the path of excellence,” Fermin said. “These are the people who never gave up.”

For Sison, the degree and honors were a vivid answer to a constant prayer.

“My prayer is always this: ‘Lord, I want my family to have a good life, and I want to be the one to give it to them,’” she said. “This is a blessing I didn’t expect. It’s still sinking in.”