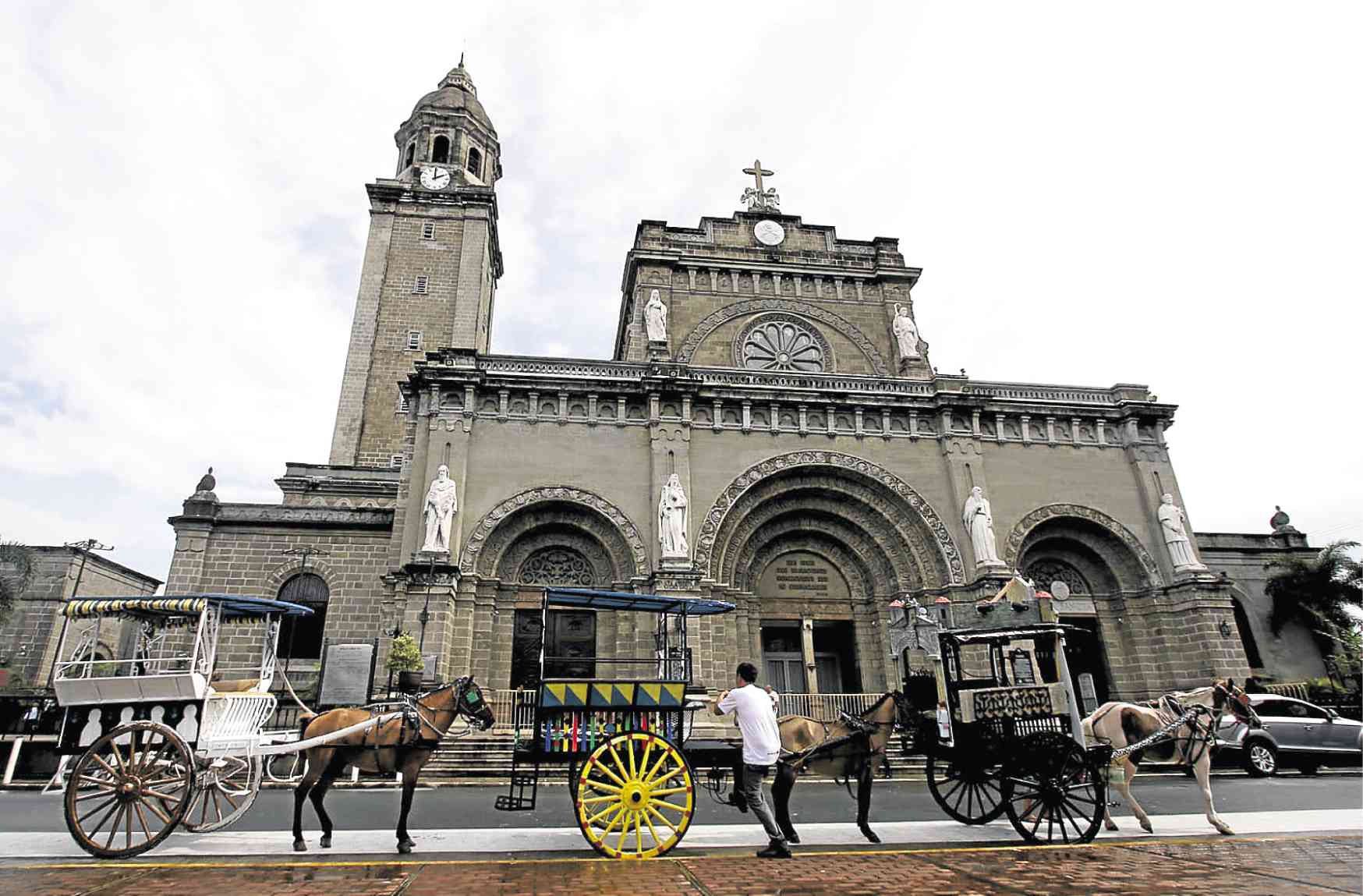 MANILA, Philippines — A cuff from the shirt of St. Paul VI, a reformer of the Second Vatican Council during his papacy who visited Manila in 1970, will be displayed at Manila Cathedral before the end of the month.

The relic will have its first public veneration on June 29, Solemnity of Sts. Peter and Paul and Pope’s Day celebration, according to Manila Cathedral.

“The Manila Cathedral was given a very precious and rare relic by the Vatican—a cuff from a shirt he wore,” it said in a Facebook post.

The relic was delivered to the cathedral in November last year on its request.

Fr. Reginald Malicdem, church rector, said a letter was sent to the Vatican in 2017 requesting relics of three important saint-popes who were closely connected to the cathedral.

The cathedral had previously exposed for public veneration the relics from the bodies of John XXIII and John Paul II.

It is keeping the relic “ex ossibus” (from the bone) of John XXIII, which was given by the Vatican to honor the 60th anniversary of the rebuilding of the church, and the blood relic of John Paul II.

“Paul VI spent his life for Christ’s Gospel, crossing new boundaries and becoming its witness in proclamation and in dialogue, a prophet of a Church turned outward, looking to those far away and taking care of the poor,” Francis said.

Paul VI, who served as Pope from 1963 to 1978, flew to the Holy Land in 1964, a visit highlighted by his embrace of the Orthodox patriarch of Constantinople, Athenagoras I, in Jerusalem, after centuries of division, according to the America magazine.

As part of his missionary work, he visited the poor in India and Lebanon that same year, and later to Geneva, according to the magazine. He addressed the United Nations in 1965 and aired the appeal: “Never again war!” He also traveled to Fatima in 1967 and Turkey that same year to meet the ecumenical patriarch and reach out to Muslims.

Many remembered him for steering Vatican II, which gathered more than 2,000 Church leaders from around the world in Rome from 1962 to 1965 to update Church teachings, after Pope John XXIII suddenly died a year after it opened.