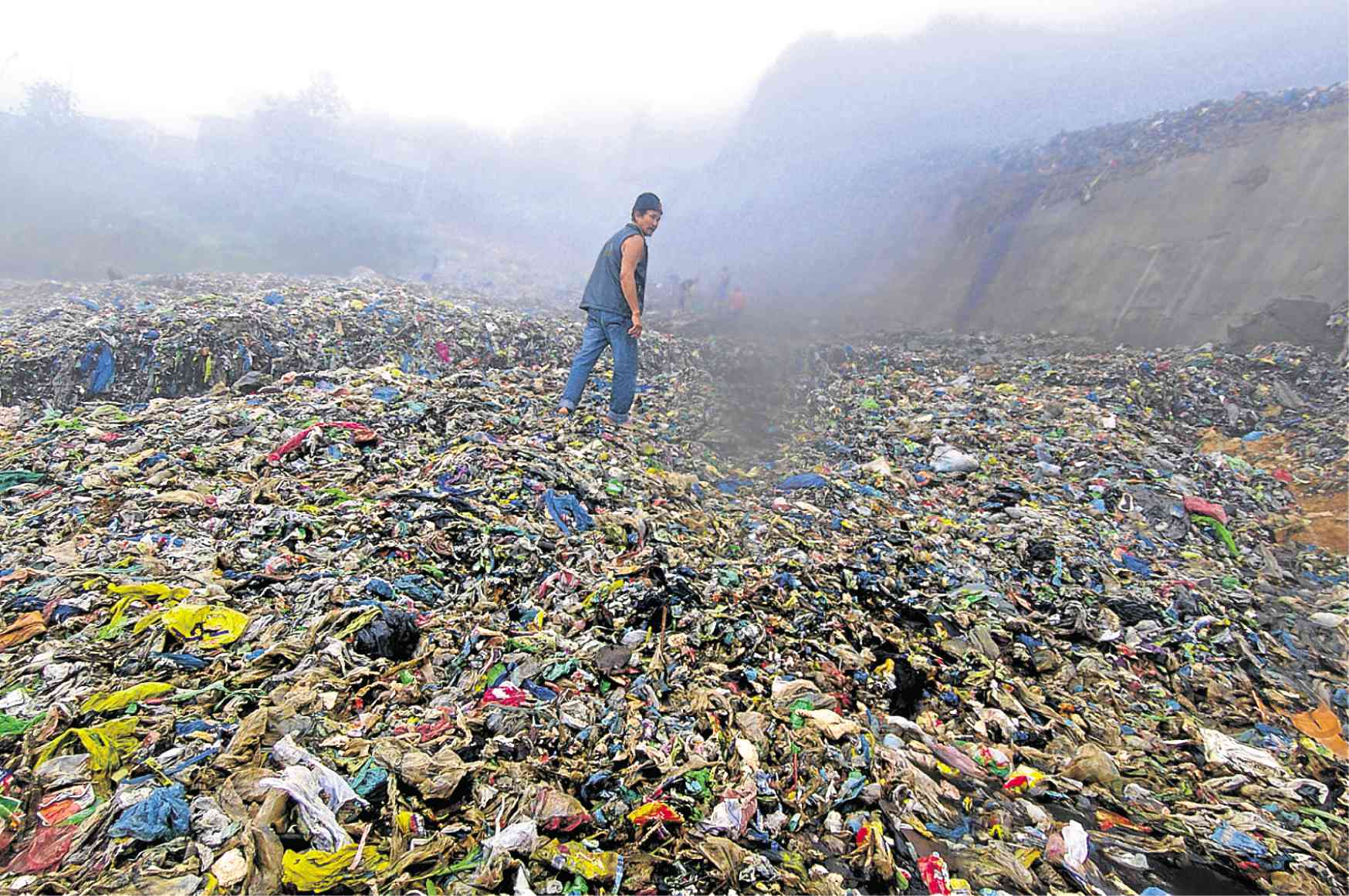 BAD MEMORY Baguio City was subjected to a writ of kalikasan for a “trashslide” which killed five people after a 2011 typhoon caused its decommissioned dumpsite to erode toward a community in neighboring Tuba town in Benguet province. —Richard Balonglong

BAGUIO CITY — Government and university experts have been tapped to improve the waste management system of Baguio, which remains governed by a writ of kalikasan that was imposed in 2012 after its old dump collapsed and killed five people, according to the city’s incoming mayor.

Mayor-elect Benjamin Magalong said he would hold office on July 2 at the decommissioned dump in Barangay Irisan to announce the findings of a team from Adamson University, which began examining the facility this week.

The 5.2-hectare dump was shut down in 2008, although it continued to take in residual waste when Typhoon “Mina” triggered an erosion that buried houses in neighboring Tuba town, Benguet province, on Aug. 27, 2011.

On June 17, the Department of Science and Technology will review the findings of a technical team sent to the Irisan dump by Science Undersecretary for Research and Development Rowena Cristina Guevara at the request of Magalong.

Officials of the Department of Environment and Natural Resources (DENR) are scheduled to inspect the old dump late this month, Magalong said.

“Hopefully, once and for all, we will resolve the problem because you can smell the foul odor a kilometer away. It has been there a long time,” Magalong said at a media briefing on Monday.

In August 2012, the Court of Appeals granted the writ of kalikasan and writ of continuing mandamus that required the city government to permanently close the dump.

The city government had built a retaining wall and terraced the dump, in preparation for its conversion into a park while it arranged for the development of a waste processing facility at the Antamok open pit mine in Itogon town in Benguet.

The Irisan facility continues to operate two machines that convert organic waste into powdered fertilizer. The machines will be transferred to the proposed Antamok waste facility.

At present, Baguio spends at least P70 million annually to haul garbage to sanitary landfills outside the city.

Last year, Tuba complained to the DENR about the stench emitted by the dump due to the fertilizer machines, as well as the use of a portion of Baguio Dairy Farm to transfer garbage collected from villages to trucks hauling trash to a Pangasinan landfill. —KARLSTON LAPNITEN