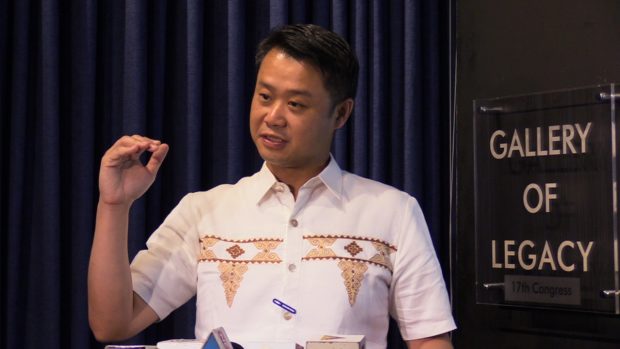 MANILA, Philippines — The government should continue exercising “greater transparency” on the $202.04-million loan deal between the Philippines and Japan for the improvement and construction of roads in conflict-affected areas in Mindanao, Senator Sherwin Gatchalian said Friday.

The Senate economic affairs committee chair said the Philippines and Japan are set to sign the infrastructure loan agreement on June 18 at the New Clark City in Pampanga “to boost the government’s efforts to revitalize Mindanao’s local economy, particularly in conflict-hit areas.”

“Again, we need to remind the government to continue to exercise greater transparency on the multimillion-dollar loan agreement it entered into with Japan by uploading details of these new investments in the Department of Finance’s website as soon as the agreement has been signed,” Gatchalian said in a statement.

The foreign loan is said to be earmarked for the rehabilitation and improvement of the 178.43-kilometer road network in the Autonomous Region in Muslim Mindanao and neighboring regions.

Also on June 18, high-level officials of both countries are set to resume discussions on the progress of Japan-funded infrastructure projects under the “Build, Build, Build” program and other areas of economic cooperation,  the Department of Finance said in a statement on June 9.

Finance Secretary Carlos Dominguez III said nine other loan deals with Japan were signed between October 2016 and January 2019 with a combined amount of JPY398.82 billion (about US$3.63 billion or P189.92 billion). Those projects are:

9. Metro Manila Subway Project (Phase I), which is the single biggest venture under the “Build, Build, Build” program.