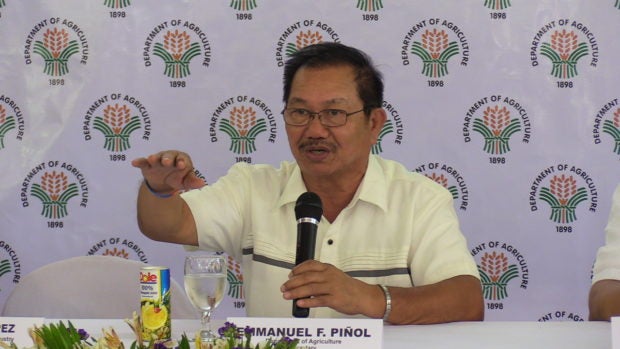 MANILA, Philippines — Several cans of luncheon meat that were earlier seized from an overseas Filipino worker (OFW) at the Clark International Airport had been tested postive for African Swine Fever (ASF).

This was according to the Department of Agriculture (DA) Secretary Manny Piñol in a Facebook post on Friday.

Piñol’s post read that the confiscated canned goods were from an unidentified OFW who came home from Hong Kong last March 25.

Based on findings by Dr. Rachel Azul of the Department of Agriculture-Bureau of Animal Industry (DA-BAI), the seized pork luncheon meat was tested using an ASF Taqman PCR Assay at the Animal Disease and Diagnostic and Reference Laboratory (ADDRL).

“So far, no African swine fever infections have been reported in pigs in the country,” Azul said. “The detection of the virus in seized products does not change Philippine’s African Swine Fever-free status.”

In another post, Piñol posted a photo of the seized pork luncheon meat products.

ASF Positive!These are the canned pork products confiscated at Clark International Airport on March 25 which proved…

Previously, the Food and Drug Administration (FDA) extended its temporary ban on processed pork products from 16 countries believed to be affected by the ASF.