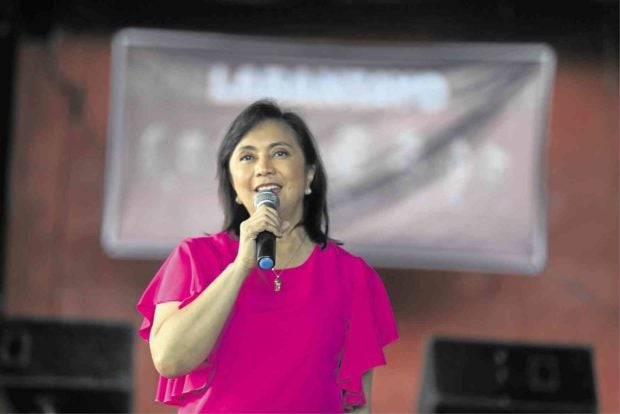 In an urgent motion, Robredo, through her counsel Atty. Romulo Macalintal, said the result of the recent revision, recount and re-appreciation of ballots from three provinces chosen by Marcos showed that the Vice President’s lead even widens by as much as 15,000.

“Without preempting the resolution of the Honorable Tribunal, the result of the revision, recount and re-appreciation of the ballots clearly confirm the victory of protestee Robredo,” read the motion read.

Despite the application of the 50-percent threshold during part of the proceedings, the physical count showed that VP Leni still had a comfortable lead in the three provinces where she got a total of 1,536,030 votes, compared to the 200,467 votes for Marcos.

The revision of the ballots that gave Robredo additional votes came from Camarines Sur, Negros Oriental and Iloilo.

The Robredo camp also pointed out that the House of Representatives Electoral Tribunal has declared that “there was no discrepancy” between the transmitted votes and the physical count during the revision of ballots in its decision on the electoral protest filed by former Camarines Sur Governor Luis Villafuerte against incumbent 3rd District Representative Gabriel Bordado.

Macalintal said they want the protest to be resolved the soonest possible time to prove that they are not the ones causing the delay.

Lawyer Vic Rodriguez, counsel for Marcos, said PET has yet to release the official findings.

“What they have at the moment are all self-serving assumptions meant to mislead the Filipino people who have long been waiting for the result of the election protest filed by Sen. Bongbong Marcos, the early resolution of which, Mrs. Robredo has time and again suppressed by her delaying tactics,” he said in a text statement./ac