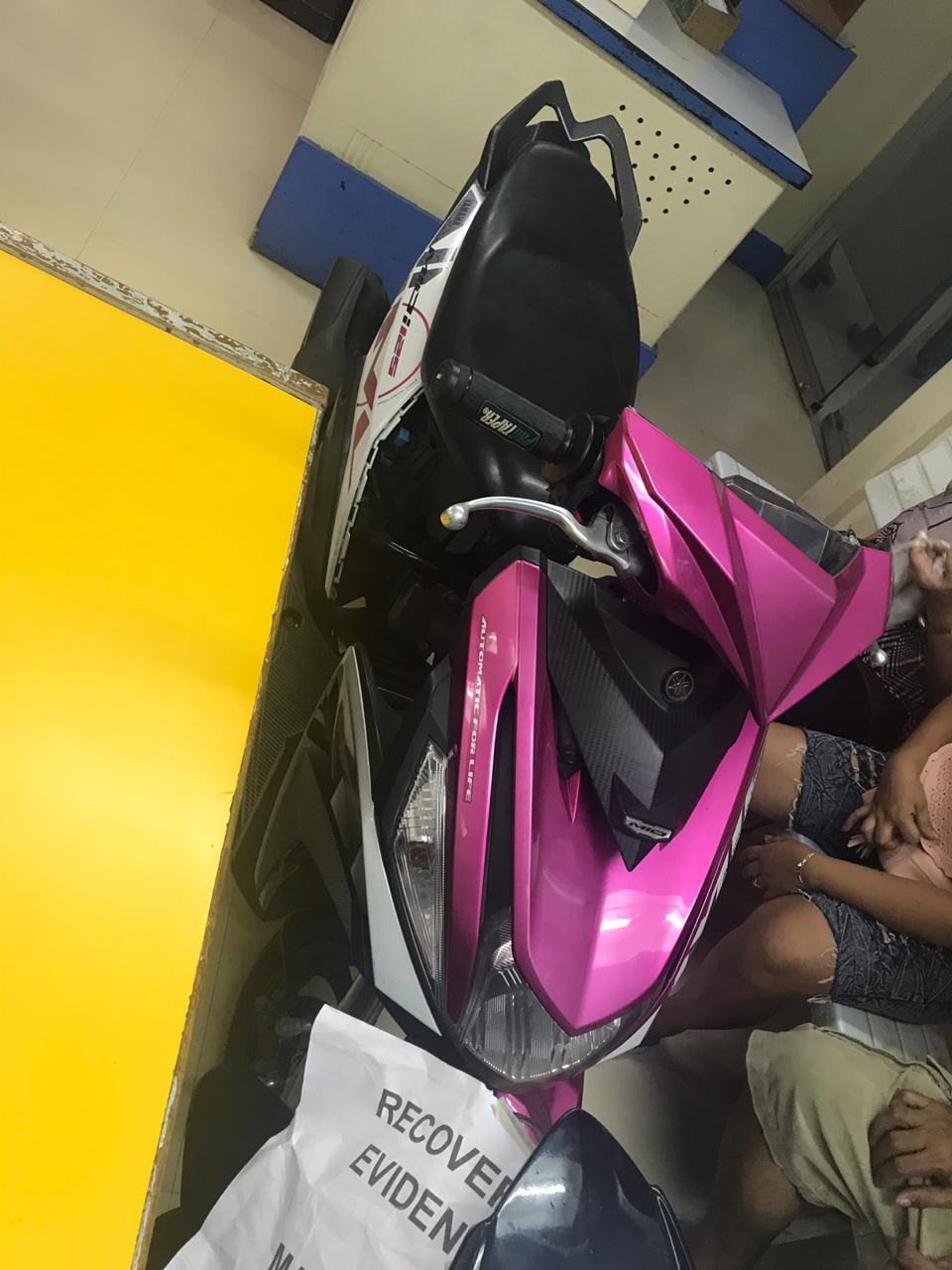 Motorcycle retrieved from a suspected carnapper killed in a shooting incident in Pandacan, Manila on June 12, 2019 /Consuelo Marquez

In a report from Manila Police District’s (MPD) Homicide Section, the victim was found dead with gunshot wounds along Dapo Street corner West Zamora Street, in Barangay 850, Zone 93. He was said to be in his 30s or 40s.

A witness said the victim was onboard a motorcycle when the two suspects blocked him and forced him to alight his vehicle.

A brief chase ensued until the suspects fired their gun at the victim and went towards West Zamora to escape.

Recovered were one fired cartridge, a stolen Mio motorcycle without a plate number, a black bag, a T-wrench, lighter, and a key.

On Thursday, security guard Carlito Jabonillo went to MPD and positively identified that he owned the motorcycle that was recovered from the victim.

Jabonillo claimed that his motorcycle which he parked at Salvador Street at Paco, Manila was stolen on Monday at 2:30 p.m.

According to MPD Homicide Section chief Capt. Henry Navarro, police are looking into the possibility that the victim could be a notorious carnapper because lockpicks were retrieved from him.

The team of Master Sergeant Jansen Rey San Pedro will conduct further investigation for the arrest of the suspects. (Editor: Julie Espinosa)