Arroyo on ABS-CBN franchise: 'Our sessions are over' | Inquirer News
Close
menu
search

Arroyo on ABS-CBN franchise: ‘Our sessions are over’ 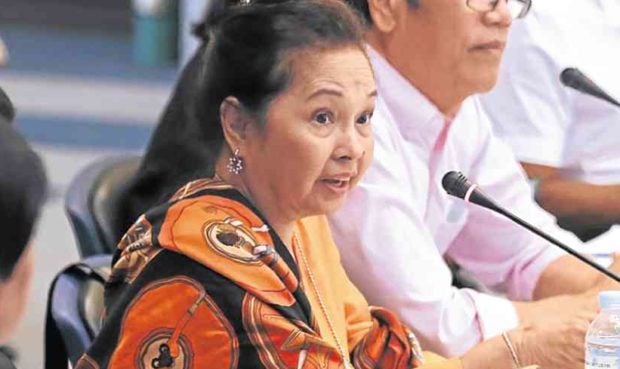 MANILA, Philippines — “Our sessions are over.”

That was what Speaker Gloria Macapagal-Arroyo said on Thursday when asked about the franchise renewal of ABS-CBN Corp., which will expire on March 2020.

“The [17th] Congress is finished,” the outgoing Pampanga 2nd District representative also said in an interview after the unveiling of the 10-foot steel sculpture dubbed “No. 1” in front of the library, archives, and museum building of the House.

House Bill No. 4349, which seeks to renew the radio-television network’s franchise for another 25 years, has been pending at the committee on legislative franchises since November 16, 2016. It was filed on November 10 of the same year by Nueva Ecija 2nd District Rep. Micaela Violago.

“In acknowledgment of ABS-CBN’s accomplishments… the immediate renewal of its original franchise which expires on March 30, 2020, is recommended to ensure the uninterrupted and improved delivery of its services to the Filipino people,” Violago said in her bill, which was also filed by former congressman Georgidi Aggabao in the 16th Congress.

The committee did not act on the measure until the 17th Congress adjourned sine die last week.

Therefore, the franchise bill needs to be refiled when the 18th Congress opens on July 22.