BALTIMORE – U.S. Catholic bishops voted Wednesday to create a new national sex-abuse hotline run by an independent entity, a decision that represents one of the church’s most tangible steps yet in confronting its sex-abuse crisis.

The hotline, which would field allegations that bishops committed abuse or covered it up, would take complaints by telephone and through an online link.

It’s supposed to be operating within a year. 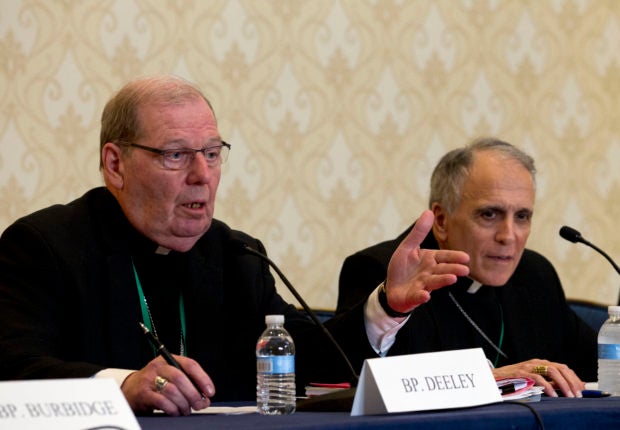 Church leaders are encouraging those bishops — though not requiring them — to seek help from lay experts in assessing and investigating allegations.

“I can’t imagine a bishop not using a lay-led review board that’s filled with people who have expertise in this area of investigation, people with a legal background or a law enforcement background,” said Robert Barron, the auxiliary bishop of the Los Angeles Archdiocese.

Bishops approved the idea on the second day of their national meeting.

The bishops raised questions about how the system would operate, including who would receive the reports, how the reports would be handled, when authorities should be notified and how the church would ensure that victims are taken care of.

Anthony Picarello Jr., general counsel for the U.S. Conference of Catholic Bishops, summarized it as a “very sophisticated switchboard.”

He said the church is engaging with at least one vendor that already provides a reporting system in Baltimore.

Bishops asked how the system will be publicized and urged the church to make clear to parishioners and others that they can continue to report allegations even before the system is operational.

The bishops’ deliberations have been guided by a new law that Pope Francis issued on May 9.

It requires priests and nuns worldwide to report sexual abuse as well as cover-ups by their superiors to church authorities.

Advocates for abuse victims have urged the U.S. bishops to go further by requiring that suspicions be reported to police and prosecutors, too.

“In the United States, there is only one appropriate ‘third-party reporting system’ — the legal authorities,” said University of Pennsylvania professor Marci Hamilton, an expert on child-abuse prevention. The bishops’ “incapacity” to give up control of child sex-abuse cases “will be their downfall.”

As approved Wednesday, the hotline proposal does not spell out how the new system would interact with law enforcement.

Terry McKiernan, president of a victim-advocacy group called BishopAccountability.org, agreed that was a shortcoming.

He said people contacting the hotline should be advised to call law enforcement. /gsg