Grab appeals to LTFRB: Give hatchback cars a chance 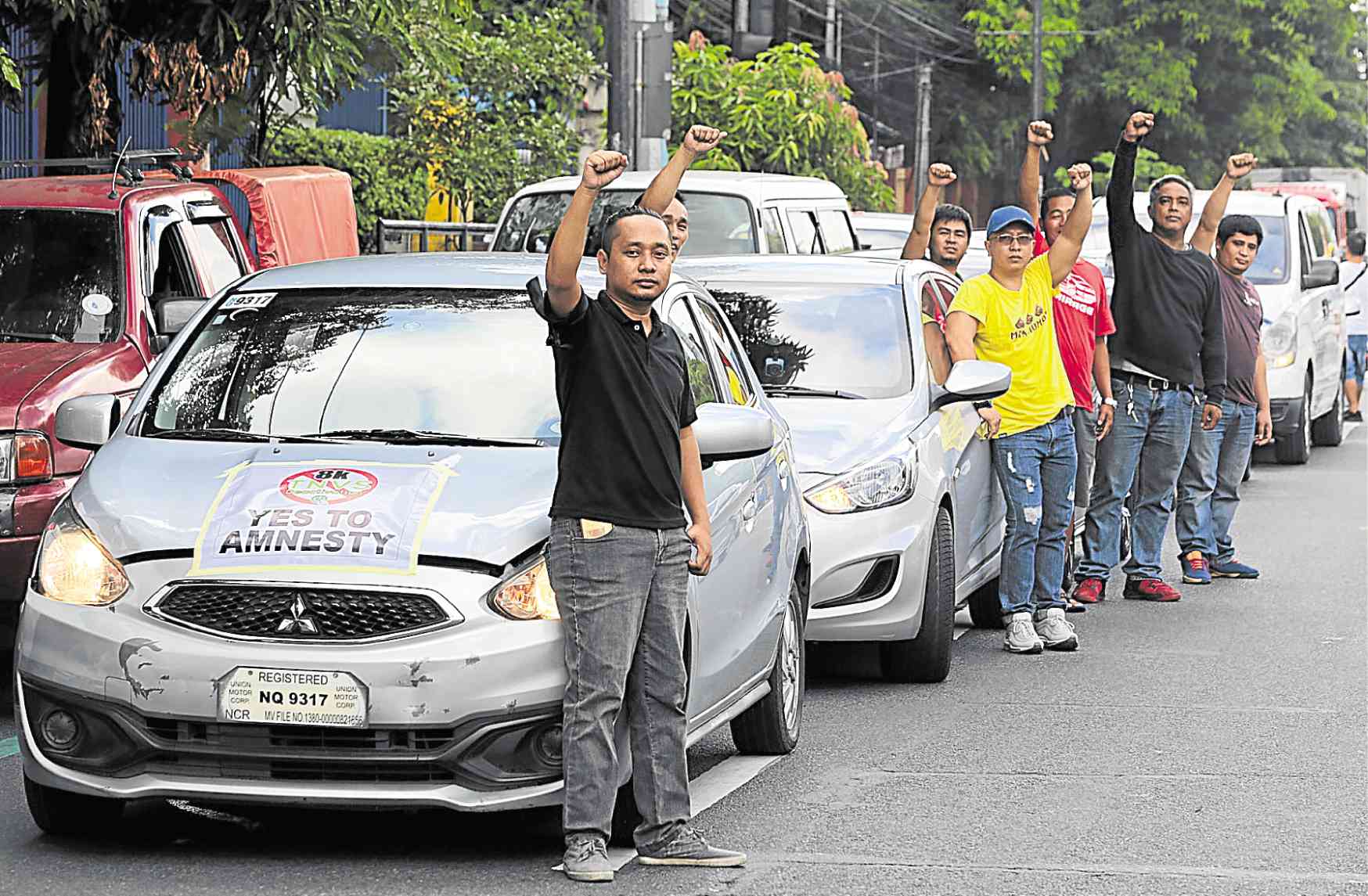 GRAB’S PROPOSAL To meet the rising demand for rides after the deactivation of some 5,600 drivers, Grab has asked transport regulators to soften their stand on hatchbacks. —GRIG C. MONTEGRANDE

MANILA, Philippines — As ride-hailing giant Grab scrambled to fill up the gap created by its purging on June 10 of 5,600 “colorum” drivers, it urged the Land Transportation Franchising and Regulatory Board (LTFRB) to rethink its position on hatchback cars.

On Wednesday, Grab made a proposal that would provide the riding public with cheaper cars for hire: Let hatchbacks operate as transport network vehicle services (TNVS) units under a dry run.

Its suggestion, however, will test anew the LTFRB’s  standards for determining which motor vehicles are considered safe for public transport.

Currently, hatchbacks are not considered acceptable TNVS units as regulations state that only vehicles with an engine power of 1,200 cc and above are qualified.

Grab president Brian Cu said the dry run could help the Department of Transportation (DOTr) and LTFRB determine that hatchbacks were not only safe for transport, but could also “help ease supply pain points” for transport regulators.

“If the DOTr and LTFRB allowed a motorcycle taxi pilot, we hope they would also consider a similar pilot test for hatchbacks, which have passed international safety standards,” Cu added.

Under Memorandum Circular 2018-5, the LTFRB allowed hatchback cars to operate as TNVS units until 2021 and only within Metro Manila, to help meet the demand of cars-for-hire.

“So as not to disrupt the service and in consideration of those hatchbacks at the time, we allowed a transition for hatchbacks, but only until after their franchises would expire,” LTFRB chair Martin Delgra III said.

“I hope for the DOTr and the LTFRB to openly consider a pilot testing for [hatchbacks] and observe within a specific time period how this could best serve the interests of the commuting public and TNVS owners,” Cu said.

He added that the dry run would also allow Grab to create a lower-priced category to cater to certain segments of  the riding public.

In fact, this was the third condition stated in the 2018 memorandum although it was never implemented, partly due to the LTFRB’s ongoing efforts to rationalize the fare schemes of transport network companies.

Currently, Grab has three ride categories: GrabCar and GrabShare (mostly sedans and hatchbacks with a minimum fare of P80); and GrabPremium (sport utility vehicles with a P125 minimum fare).

A separate, cheaper category for hatchbacks has yet to be set since the 2018 memorandum was approved.

On June 10, Grab deactivated 5,604 colorum drivers on its platform after they failed to meet the LTFRB’s June 7 deadline to apply for a franchise.

Of the total, 1,225 were hatchback drivers, most of whom were not allowed to renew their franchise because of the LTFRB’s regulations against vehicles with an engine power below 1,200 cc.

Since then, the LTFRB has opened 10,000 new slots for TNVS units.