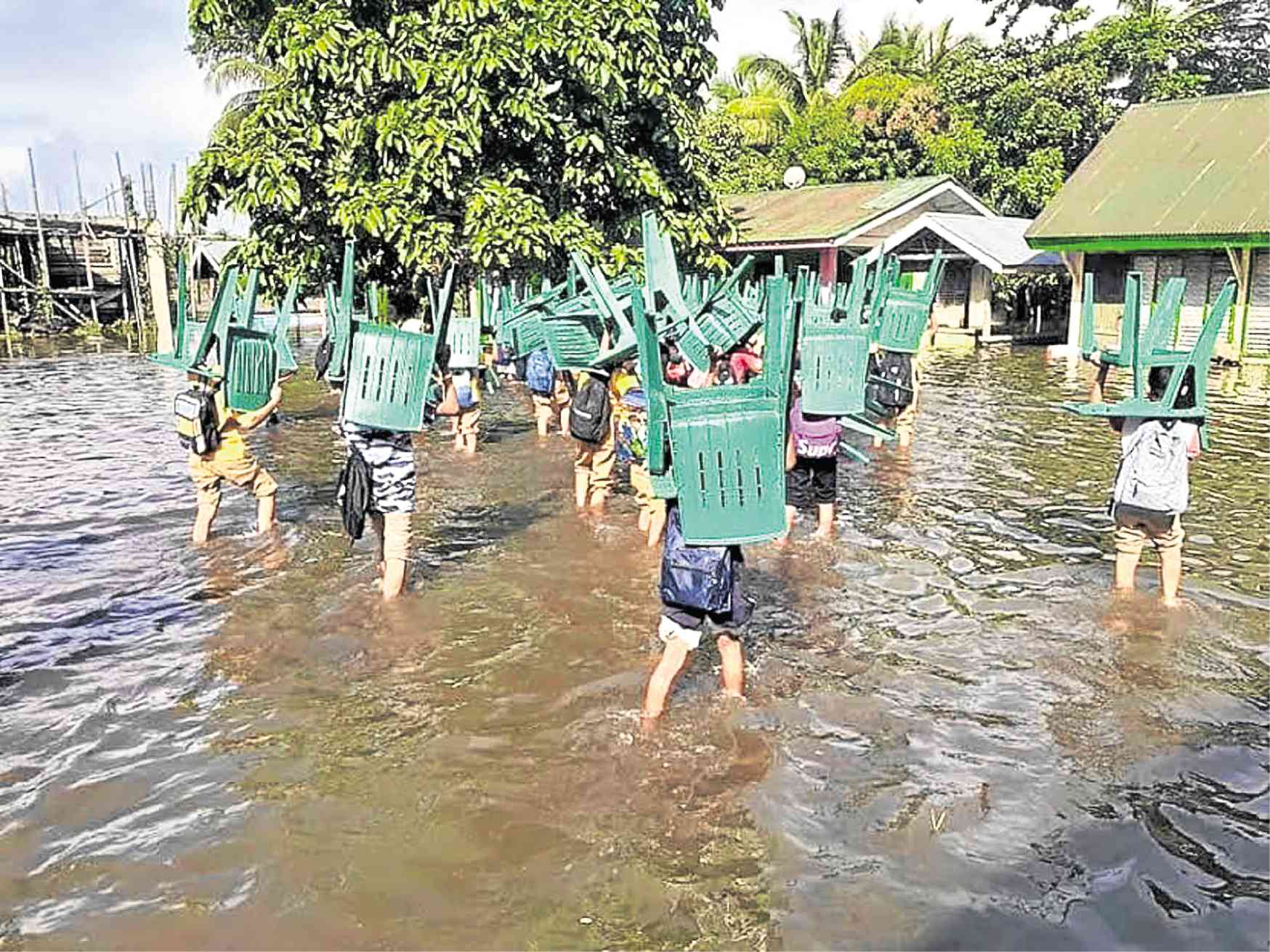 LOOKING FOR DRY LAND Students of Barurao Elementary School in Sultan sa Barongis town, Maguindanao, carry their monobloc chairs through the flooded school grounds to attend class in an area not yet hit by flood. —PHOTO COURTESY OF MAX FM

DATU SAUDI AMPATUAN, Maguindanao, Philippines — More than 1,300 students in three public elementary schools in Maguindanao province have been affected by floods from torrential rains in the past few days.

Alibai Benito Aliuden, Maguindanao Division 1 schools superintendent, said the principals of these schools had reported that flooding had been their problem every time heavy downpour occurred.

“We experience floods here even if it’s not raining in Maguindanao because we are near the marshland and Maguindanao serves as catch basin of floodwater from North and South Cotabato,” Aliuden told the Inquirer on Wednesday.

“We teachers and the students are used to it but we expect the government to do something,” said Bai Sarah, teacher of Barurao Elementary School.

Water in these schools reached up to below knee level but teachers and students continued with their classes despite the situation.

Aliuden said some teachers suspended classes while others transferred.

Aliuden said Pagatin Elementary School would soon be spared from floods after her request for bayanihan (volunteerism) among community members, soldiers and Department of Public Works and Highways (DPWH) personnel received favorable response.

“All we need is an outlet of floodwater so it will not course through the Pagatin school grounds. Once DWPH completes the outlet, we are OK by then,” she said.

Maguindanao schools are prone to floods, especially those situated beside the tributaries in the Maguindanao marshland. —Edwin Fernandez