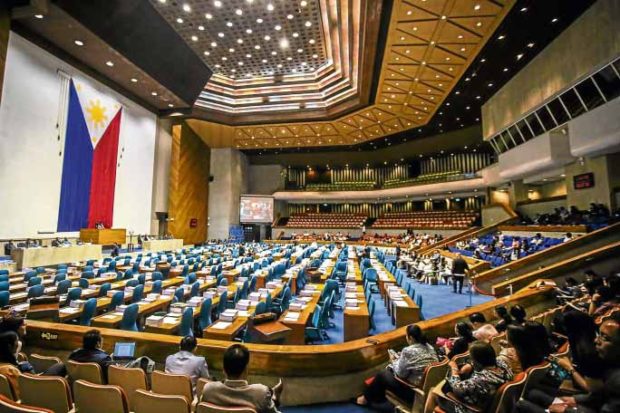 MANILA, Philippines — In just one year, seven House members have more than doubled their wealth with a party-list lawmaker topping the list and declaring P254.3 million net worth, representing a surge of 406.3 percent.

Outgoing Agri Rep. Delphine Lee, whose party-list failed to win a seat in the 18th Congress, became P204 million richer by end 2018 based on the summary of Statements of Assets, Liabilities, and Net Worth (SALNs) posted on the chamber’s website (http://www.congress.gov.ph/download/#saln). The representative of the agriculture and farmer’s advocate group declared a net worth of P50.2 million by December 2017.

Here are the top 15 House members who reported the largest net worth increase from December 2017 to December 2018: 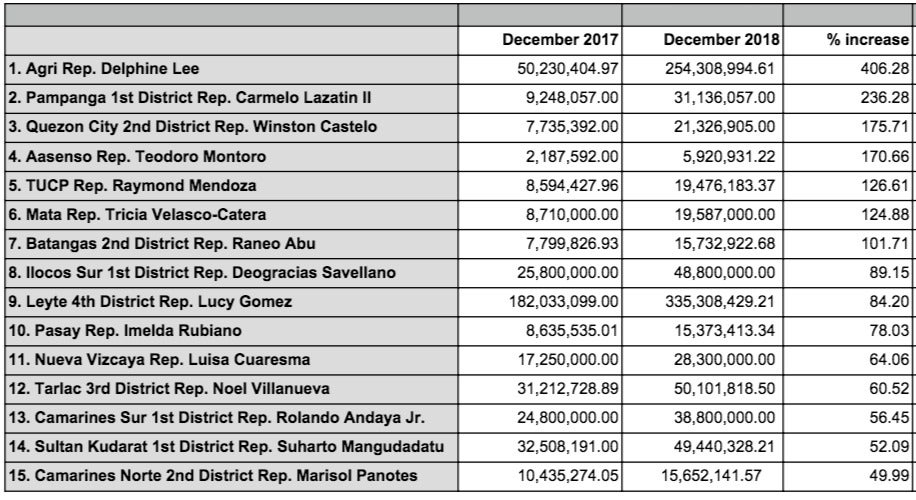 But in terms of actual assets, 1-Pacman Rep. Michael Romero, the richest of all 291 House members of the 17th Congress, has recorded the largest wealth accumulation of P567 million in a span of one year – from P7.291 billion net worth in 2017 to P7.858 billion last year. Lee followed him.

This writer has sought Lee for comment on the matter but has yet to receive her response, as of posting of this report.

On the other hand, Marinduque Rep. Lord Allan Velasco’s net worth posted the largest drop at 39.18 percent from P35.73 million in 2017 to 21.73 million in 2018. Velasco is among those aspiring to become Speaker in the 18th Congress. (Editor: Katherine G. Adraneda)