‘Stripping’ of authority? Andanar issues order on PIA amid probe on Clavite 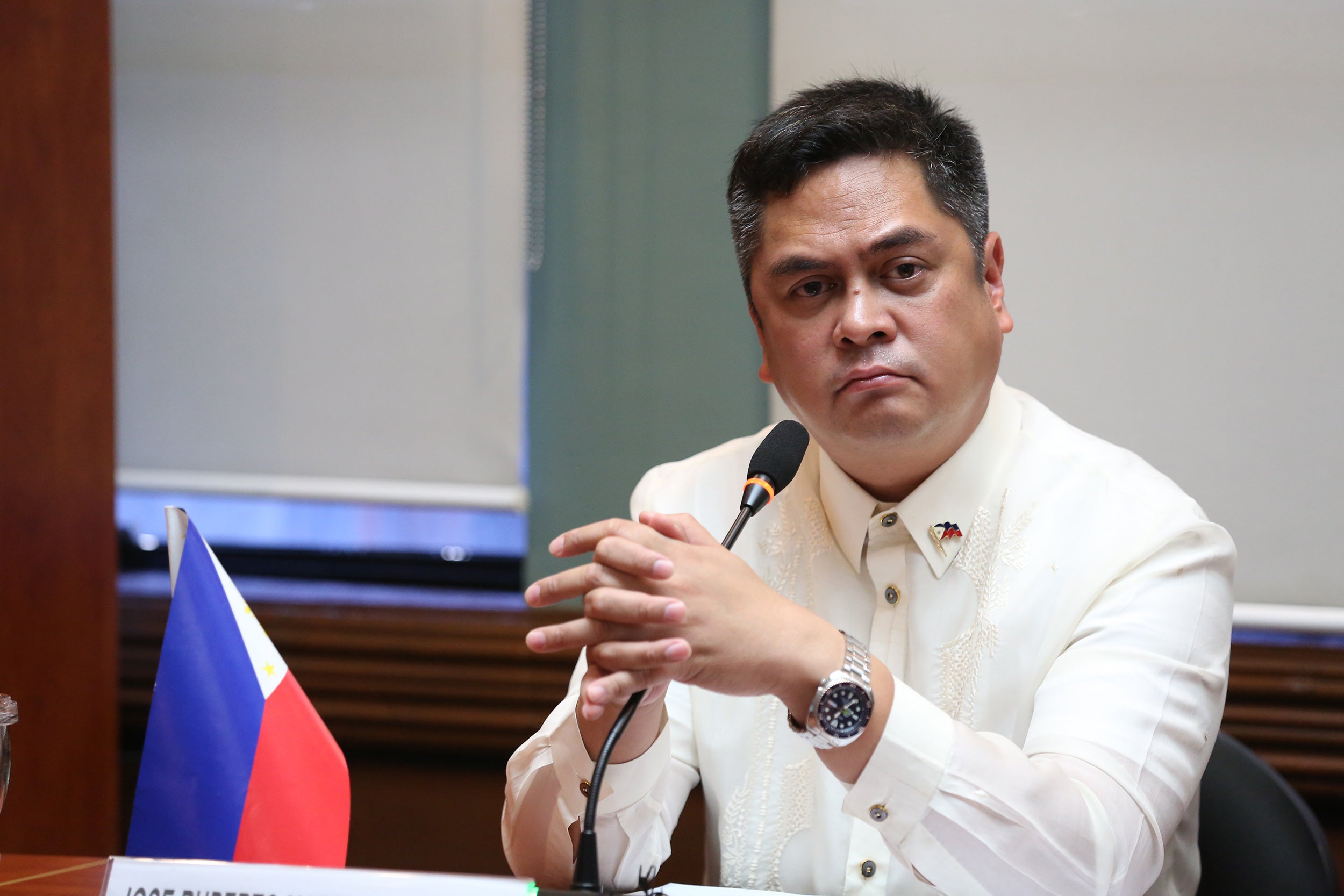 MANILA, Philippines — Communications Secretary Martin Andanar has issued a department order saying the Presidential Communications Operations Office (PCOO) would be the “final approving authority” for all appointments and other personnel actions within the Philippine Information Agency (PIA).

Andanar’s order, which was signed on June 10, came as the PCOO is investigating Harold Clavite, the PIA director-general.

In his Department Order No. 6, Andanar said the PCOO will be the final approving authority for appointments and other personnel actions of the PIA.

“All personnel actions within the PIA shall require the final approval of the PCOO Secretary,” he said.

“Personnel actions include, but are not limited to, the following: hiring, appointment, transfer, detail, secondment, suspension and termination of PIA officials, employees and personnel,” the order read.

Andanar also said that “the PIA Director-General and Deputy Director-General shall work with the PCOO Secretary in ensuring proper human resource management within the PIA head office and regional offices.”

Andanar said this was issued ‘to ensure the integrity of the investigation and pursuant to the control and supervisory powers of the PCOO.”

Clavite, for his part, said he had already received the order on June 11.

He said the order was “stripping me of my authority in personnel action in PIA and transferring same to PCOO. Again, as stated in the Order, due to allegations of corruption. Allegations contained in an anonymous letter.”

“Give me a break. The Secretary is clearly ill-advised and is making haphazard decisions. Surrounded by the best of the best running his immediate office, he has been consistent in making inappropriate moves as far as PIA is concerned since 2017. I have a list and I’m happy to share,” Clavite said.

“I cannot let this pass. Government officials especially those who represent the President should study their acts well and be mindful of their decisions and actions,” he added. “I sacrificed too much and I don’t deserve this stupidity and shall not allow myself to be bullied this way.”

Clavite had earlier denied the corruption allegations against him. 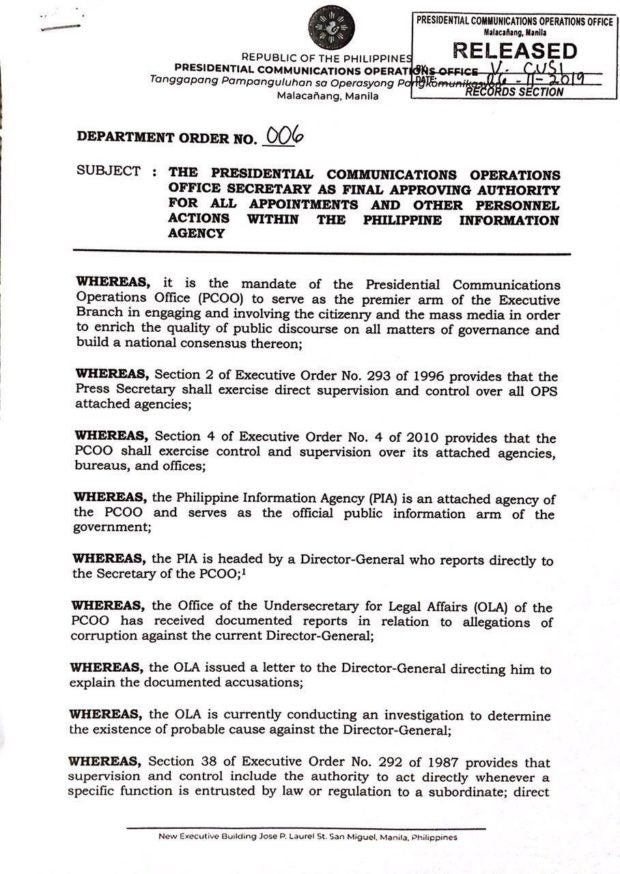 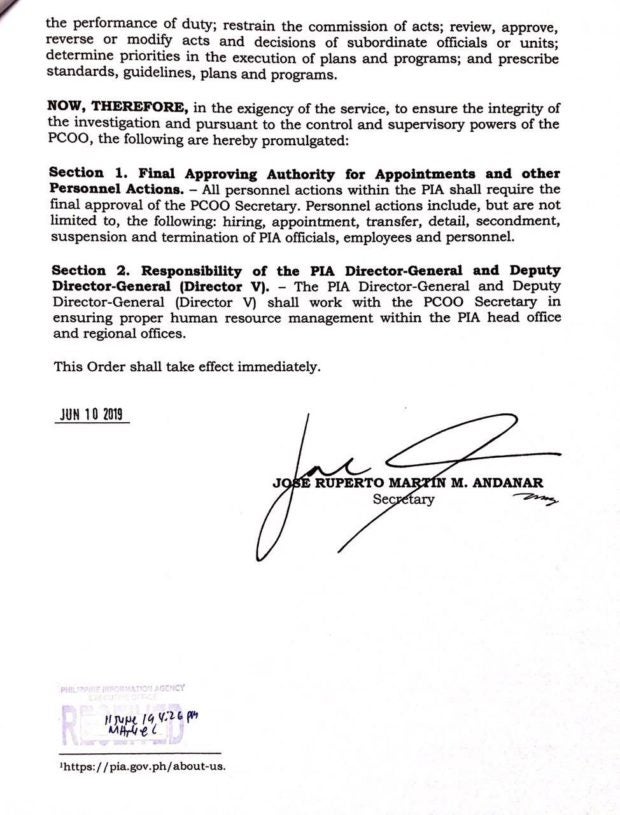