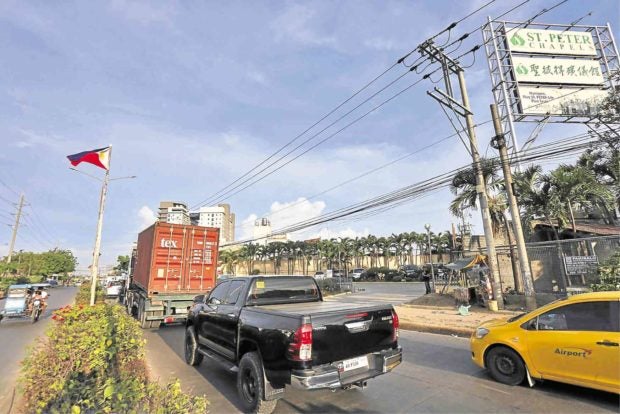 TRAFFIC SOLUTION The P700-million underpass project is meant to solve congestion along the route leading to and coming from Mactan Island. —JUNJIE MENDOZA 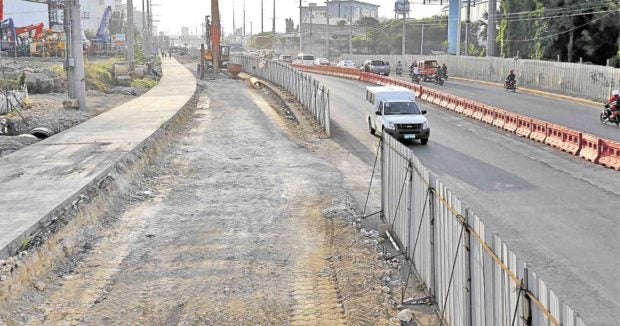 ROADWORK A service road along UN Avenue in Mandaue City, Cebu province, is being built to ease traffic flow during the construction of an underpass that will be linked to Marcelo Fernan Bridge. JUNJIE MENDOZA

CEBU CITY, Cebu, Philippines — The Department of Public Works and Highways (DPWH) is investigating a firm, which bagged a P700-million underpass project here, over allegations that it falsified its track record to get the contract.

A team from the DPWH central office went to Cebu in April to probe B.M. Marketing, which won the bid to construct the 952-meter, four-lane underpass that would lead directly to Marcelo Fernan Bridge.

“People from our Manila head office are taking actions on that. They were here [to investigate],” said Mario Montejo, DPWH assistant director for Central Visayas.

Montejo declined to provide details, saying it was the DPWH Manila office that was tasked with looking into the matter.

Copies were furnished the Inquirer.

The anonymous complainant who sent the letters alleged that B.M. Marketing submitted to the DPWH a report on “a large completed private road project” that was credited to its work experience.

It consisted of a 2,019-square-meter perimeter fence worth P56.2 million and a 29.04-kilometer road, worth P426.6 million, which B.M. Marketing reported to have been completed in nine months.

“This means that B.M. Marketing was able to construct almost half a billion [pesos worth of] road project stretching from Mandaue City to Naga City in less than a year,” said the complainant.

That would be the distance from the DPWH head office in Manila to anywhere in San Pedro, Laguna, it said.

“With such a grand project done in such a short time, why is it that we cannot find any ‘Black Mountain Eco-Commercial and Industrial Land Development Work Project’ anywhere in the Philippines? B.M. Marketing did not disclose the location of their project site earlier,” said the letter addressed to Villar.

It also claimed that both B.M. Marketing and Black Mountain Construction and Marketing Inc. had the same registered principal address in Eastern Samar province and shared an e-mail address.

Edgar Tiu was listed as sole owner of B.M. Marketing. But Tiu, his wife Marilyn and their three children were identified as incorporators of Black Mountain Construction and Marketing Inc.

The Inquirer met with Tiu in San Juan City on May 23 but he declined to issue a statement on the allegations, saying his lawyer would send an official statement instead.

ROADWORK A service road along UN Avenue in Mandaue City, Cebu province, is being built to ease traffic flow during the construction of an underpass that will be linked to Marcelo Fernan Bridge. JUNJIE MENDOZA

Neither Tiu nor his representative, however, released an official response despite repeated follow-up through e-mails, text messages and calls.

According to the letters, construction under the Black Mountain Eco-Commercial and Industrial Land Development Work Project started on March 17, 2016.

But Black Mountain Construction and Marketing Inc. did not exist at that time since it was incorporated by the Securities and Exchange Commission only on Sept. 5, 2016, or six months after the supposed start of the 29-km road project, the letters said.

“If documents submitted by B.M. Marketing are proven to be falsified, then they are cheating the contractors who faithfully follow the guidelines set by the DPWH. More importantly, they have effectively broken and circumvented the law that safeguards not the department but the lives of the Filipino people,” the letter to Villar said.

The 2016 revised implementing rules and regulations of Republic Act No. 9184 (Government Procurement Reform Act) state that a “prospective bidder must have completed a [single largest completed contract] that is similar to the contract to be bid.”

The letter said B.M. Marketing won the contract to build the underpass worth P711,815,488.35 due to its experience in completing the 29-km project.

“Our discoveries would lead us to believe that B.M. Marketing might have falsified documents in order to gain experience as a contractor and eventually become qualified in the bidding of [the UN Avenue underpass project],” the letter said.

The DPWH investigation did not stop B.M. Marketing from working on the project.

“We already demolished the center island and we’re preparing to put up the board piling,” said Rachel Lumapas, assistant chief of the regional DPWH’s construction division.

The construction of the underpass started in 2018 and is expected to be completed in 2020, Lumapas said.

Asked about the complaints against B.M. Marketing, she said the DPWH central office took care of the eligibility of prospective bidders.

“We, the regional DPWH, won’t question anything because it’s our Manila office that took care of the process, including the qualifications of the contractor,” she said. —With a report from Melvin Gascon in Manila