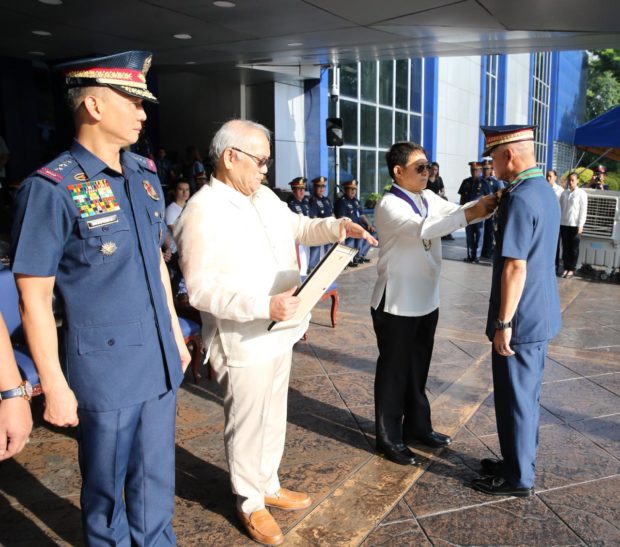 In the same awarding ceremony at Camp Crame, 10 police officers who fought against the ISIS-inspired Maute group during the Marawi siege in 2017 were also awarded the PNP Distinguished Conduct Medal.

“For me, this is not only my personal gain but also for the 195,000-strong force of the PNP that is always geared up to protect and serve the Filipino people with a high sense of professionalism,” Albayalde said in a statement.

Among the recipients of the PNP Distinguished Conduct Medal was Police Brig. Gen. Rolando Anduyan, director of the Northern Police District in Metro Manila.

Anduyan was the overall commander of the joint task group PNP and deputy regional director for operations of the Police Regional Office in Autonomous Region of Muslim Mindanao (PRO-ARMM) during the five-month-long battle in Marawi.

Albayalde said the awards for the police officers were in addition to the award given to other PNP personnel for fighting the terror attack in the Islamic city. (Editor: Eden Estopace)