MANILA, Philippines – President Rodrigo Duterte on Monday morning made a surprise inspection at the Ninoy Aquino International Airport Terminal 2 and apologized to passengers affected by the flight delays and cancellations due to a lightning alert on Sunday. 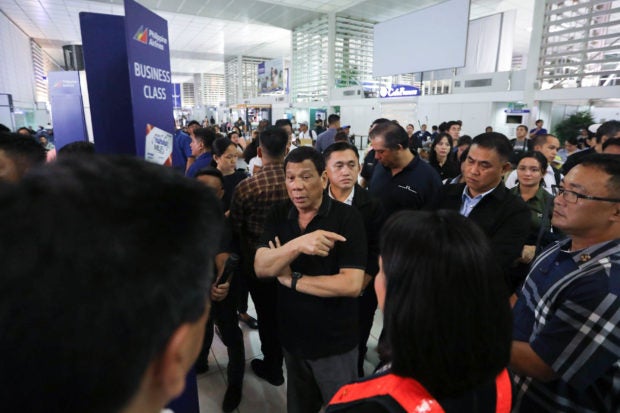 “President Duterte talked to airline and NAIA officials regarding the cancellations and delays to know whether there are flight diversions and if affected passengers are given incentives to ease their inconvenience,” a Malacañang statement read.

The statement said “a Philippine Airlines manager and a NAIA-Terminal 2 airport duty manager briefed the President on the flight woes and explained actions being undertaken to normalize the situation.”

The Palace said Duterte “discussed how flight aberrations could be minimized and what actions could be employed by the government, particularly the Department of Transportation, to solve the problem in the long term.”

The President then talked to the affected passengers, “apologizing to them for the inconvenience caused by the disruptions.” 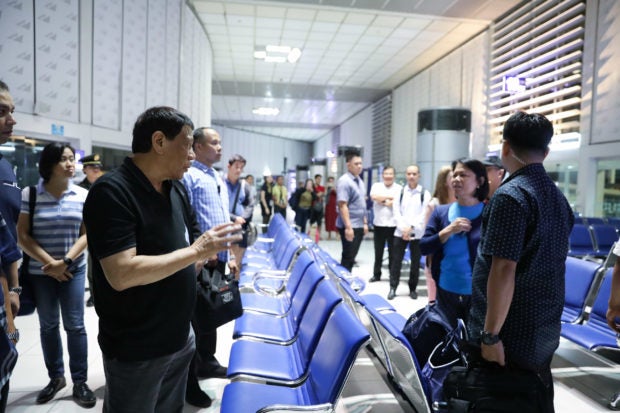 The Palace said “the President vowed to come up with a remedy within a month.”

Malacañang added that the chief executive “took a break at one of the food kiosks at the airport” after his inspection. 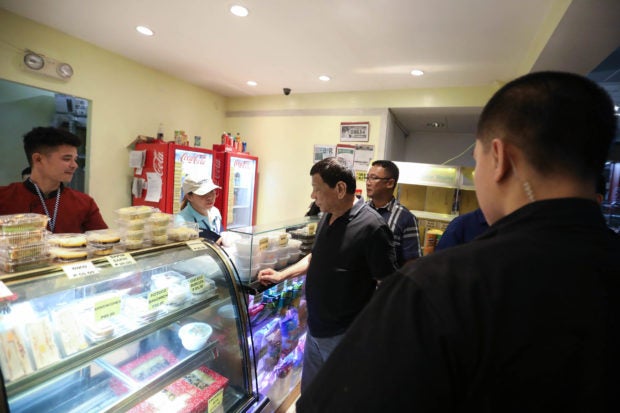