MADRID – A cruise ship passenger went overboard during a voyage in the Mediterranean Sea and a search for the missing Korean woman was called off without her being found, the cruise operator said Sunday. 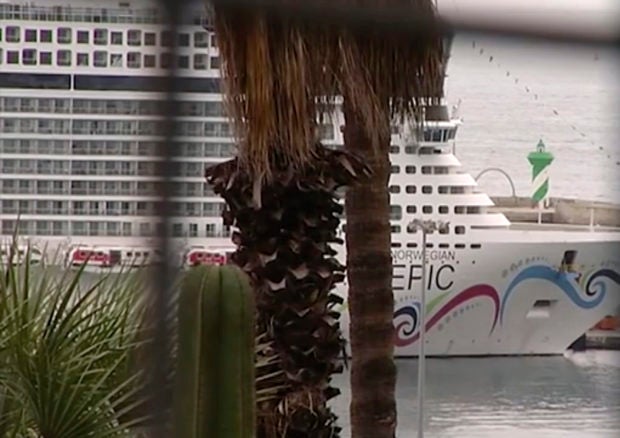 The cruise liner Norwegian Epic at port in Barcelona, Spain, Sunday June 9, 2019, after a search for a missing Korean passenger in the Mediterranean Sea was called off. The Norwegian cruise operator said Sunday in a Tweet statement that a Korean woman passenger went overboard Saturday during a voyage in the Mediterranean Sea and a search has been called off without her being found. (ATLAS via AP)

Norwegian Cruise Line tweeted a photographed statement that said the woman went into the sea Saturday while the Norwegian Epic was sailing from Cannes, France to Palma de Mallorca, Spain.

Authorities were alerted and a search and rescue operation was launched, but “has now ceased, and sadly the guest has not been found,” the statement read.

The Norwegian Epic was in the port of Barcelona on Sunday. /gg