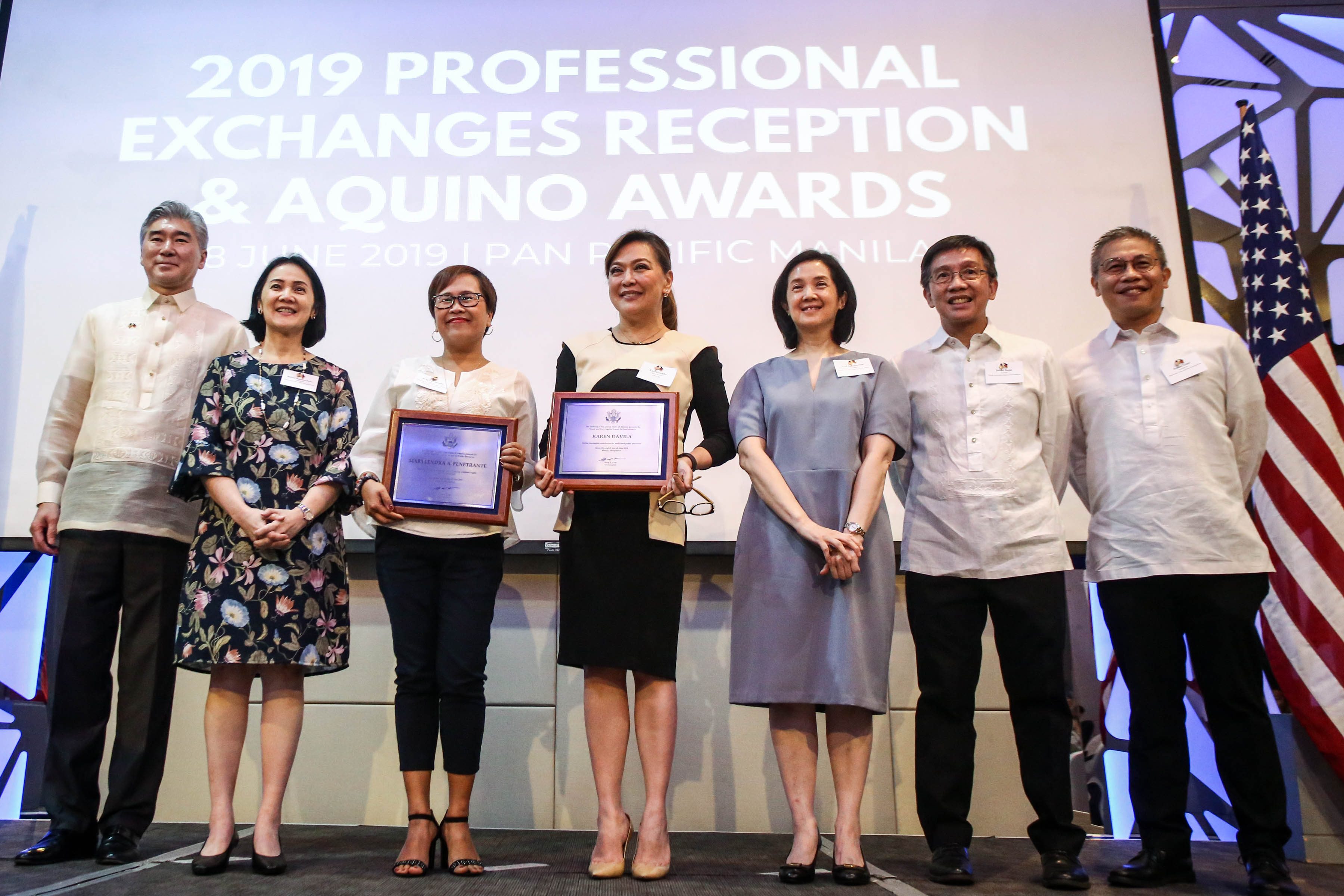 MANILA, Philippines — A television-radio journalist and a Legazpi City-based psychologist were chosen as this year’s recipients of the Ninoy and Cory Aquino Awards, given annually by the US Embassy in Manila.

Karen Davila, current host of TV program “Headstart” aired over ABS-CBN News Channel, was picked as this year’s Aquino awardee for journalism, while Dr. Marylendra Penetrante, director of an organization that provides psychosocial services, was selected as awardee for public service.

In her acceptance speech, Davila underscored the power of the media in shaping public opinion, while resisting to be gobbled up by a corrupt system.

Her network has been the subject of constant rebuke from President Rodrigo Duterte and his supporters, with the Chief Executive declaring he would oppose attempts to renew ABS-CBN’s legislative franchise, which expires in March 2020. 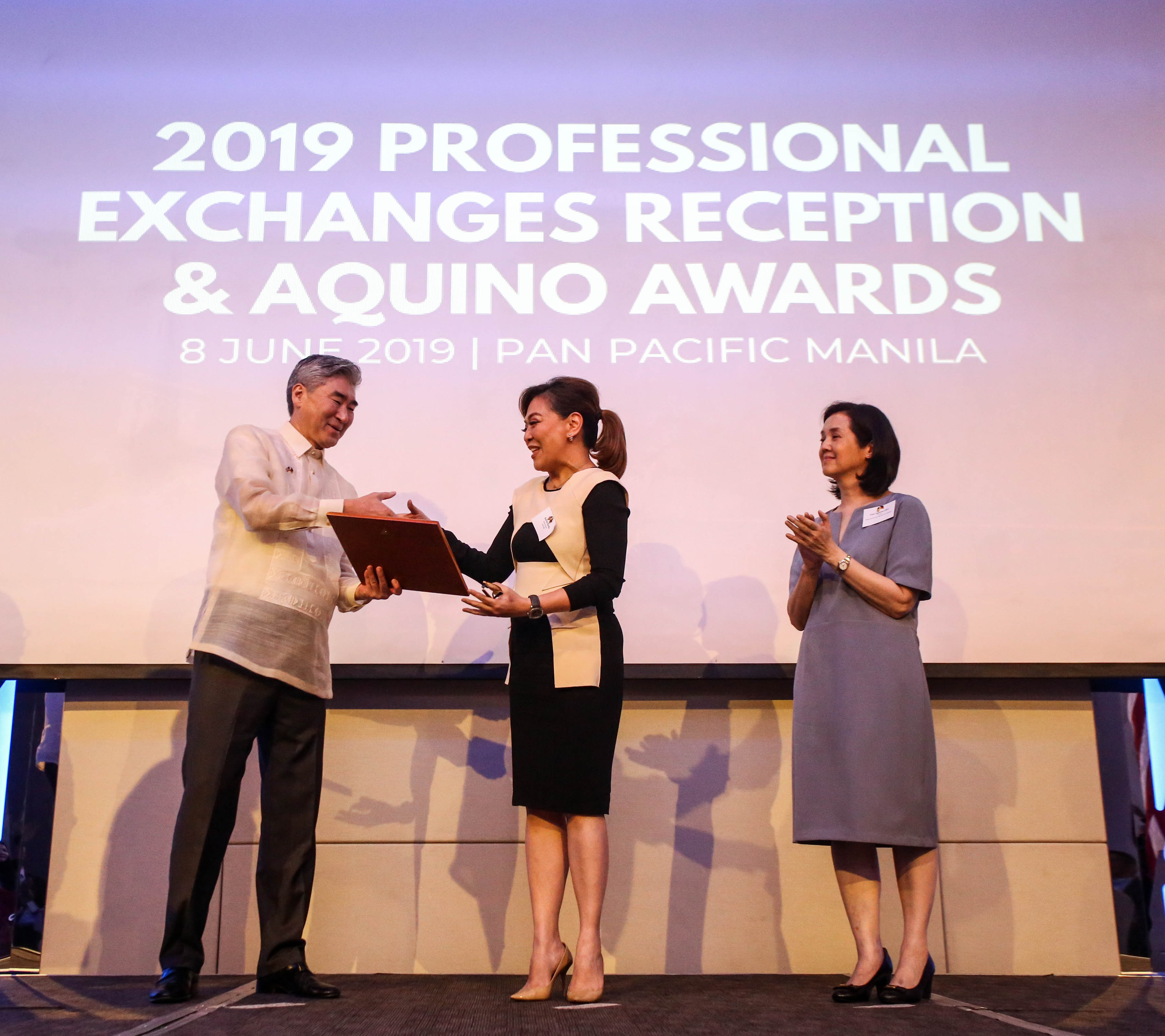 “I have never been more proud to be with ABS-CBN than this year because of what our company goes through every day, and seeing our leaders deal with it, it makes me more proud,” she said.

“I pray that one day Filipinos will realize we are beyond beyond yellow and red; that we are loyal and true to what we do, the love of country, and above all, to be the best that we can be in any profession we’re in,” Davila said.

Psychologist Penetrante, director-founder of Children and Youth Wellness Technical and Advocacy Center Inc., was recognized for her role in leading an organization that provides psychosocial assistance to children and teens.

She recalled how in 2005, she and a few volunteers began their social work in far-flung communities of Albay province and the Bicol region, despite lacking resources, influence or political connections.

Only with good intentions

“No funds, no networks, but only armed with good intentions and a passion to serve the people. I realized that helping others can be both life-changing and joyful at the same time,” she said.

Both awardees were feted on Saturday by Victoria Elisa “Viel” Aquino-Dee and US Ambassador Sung Kim at the annual gathering of International Visitor Leadership Program alumni at the Pan Pacific Hotel in Manila.

Past winners of the Aquino Award and the IVLP fellowship are Inquirer Associate Publisher Juliet Labog-Javellana last year and Inquirer reporter Melvin Gascon in 2017. They attended a three-week Edward R. Murrow exchange program in Washington, D.C. and other US states as part of their award. 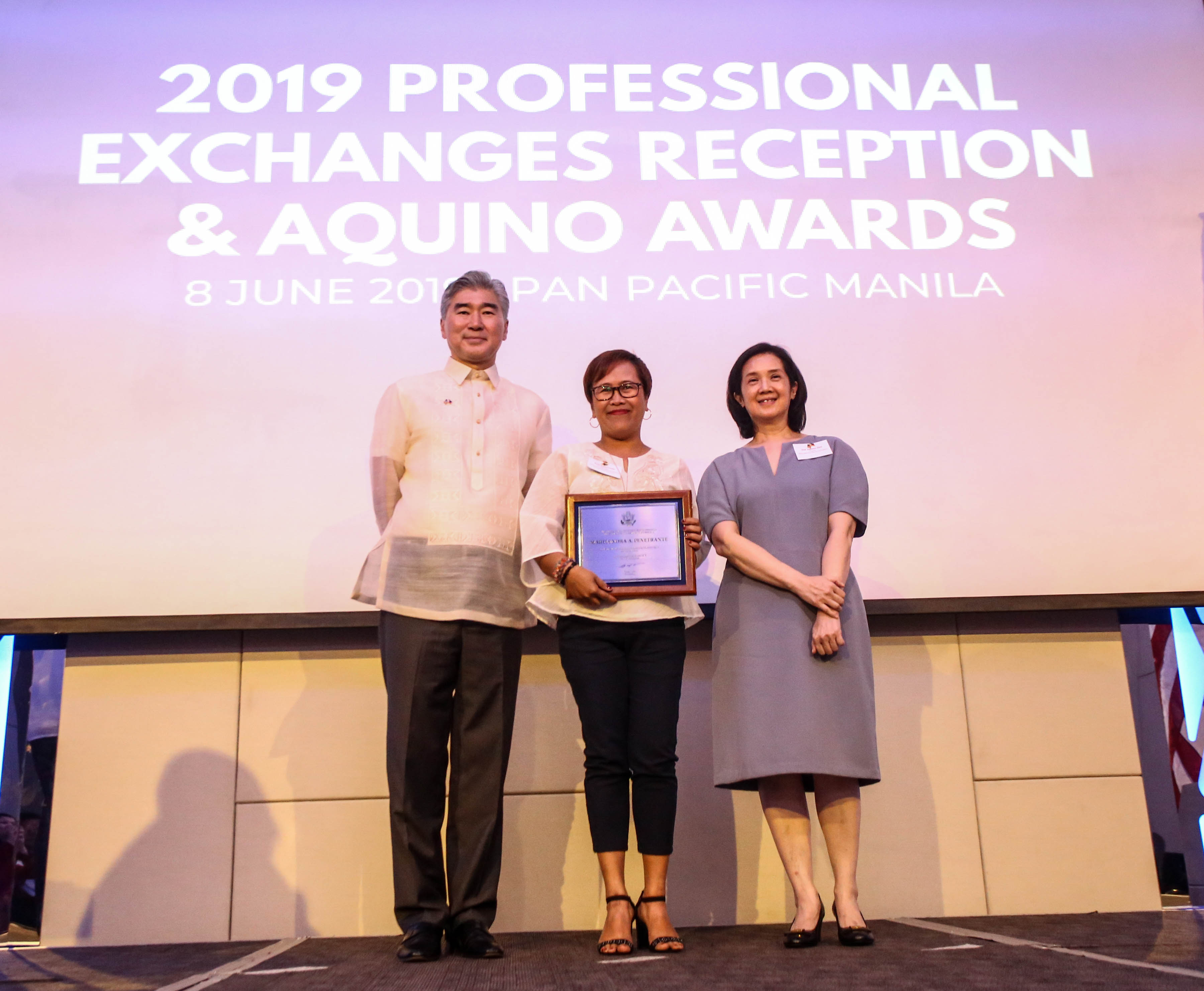 Read Next
No final Comelec ruling yet on Duterte Youth
EDITORS' PICK
Smart releases Hyun Bin’s second TVC
Current dominant strain of COVID-19 more infectious than original—study
Water remains our saving grace right now
DOLE: Return of OFWs’ remains from Saudi to be ‘delayed,’ deadline moved to ‘early next week’
‘Justice will be done,’ Duterte assures as he vowed probe on Jolo incident to bare ‘truth’
EuroMillions Superdraw: A lottery draw unlike any other is coming to the Philippines
MOST READ
Duterte tells military: No other president looked at you the way I did
BREAKING: Duterte signs anti-terror bill into law
Locsin warns of ‘severest response’ if China’s army drills in SCS ‘spill over’ to PH domain
Vico: Cleanup of bidding process saved Pasig gov’t P415M
Don't miss out on the latest news and information.