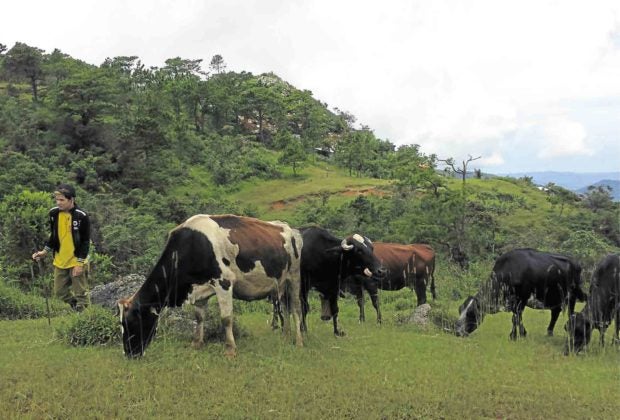 At least 100 head of cattle are expected to graze in this city’s pasture lands as the Department of Agriculture (DA) plans to convert the Baguio Dairy Farm into a leading training and research facility for the underdeveloped dairy industry.

The cows can produce 1.2 million liters of milk annually that will offset the country’s dependence on imported milk.

The initial stage of the dairy development project will focus on breeding the dairy livestock and establishing a demonstration farm which can be replicated across suitable areas in the Cordillera.

Odsey said the elevation and climate of Cordillera provinces, such as Benguet and Mountain Province, provided an optimum avenue for breeding imported cows.

If realized, the project could make the Cordillera the prime source of dairy milk, Odsey said.

Read Next
Blogger jailed for cyberlibel freed after posting bail
EDITORS' PICK
Smart offers wireless fiber-like speeds to Filipino homes with country’s first 5G Prepaid Home WiFi
CHR hopes inequalities exposed by COVID-19 pandemic are addressed
DOH: Booster doses for fully vaxxed adults to start December 3
This new condo in the South will make you want to turn a new leaf
Legarda: Ending Violence Against Women, a cause for all
BOQ monitoring 64 travelers from ‘red-list’ countries amid Omicron
MOST READ
Roque defends Bongbong Marcos: ‘He was only 15 years old in 1972’
Ex-DOT chief Ace Durano convicted of graft over 2009 project
DOH: Booster doses for fully vaxxed adults to start December 3
Another disqualification petition filed against Bongbong Marcos
Don't miss out on the latest news and information.