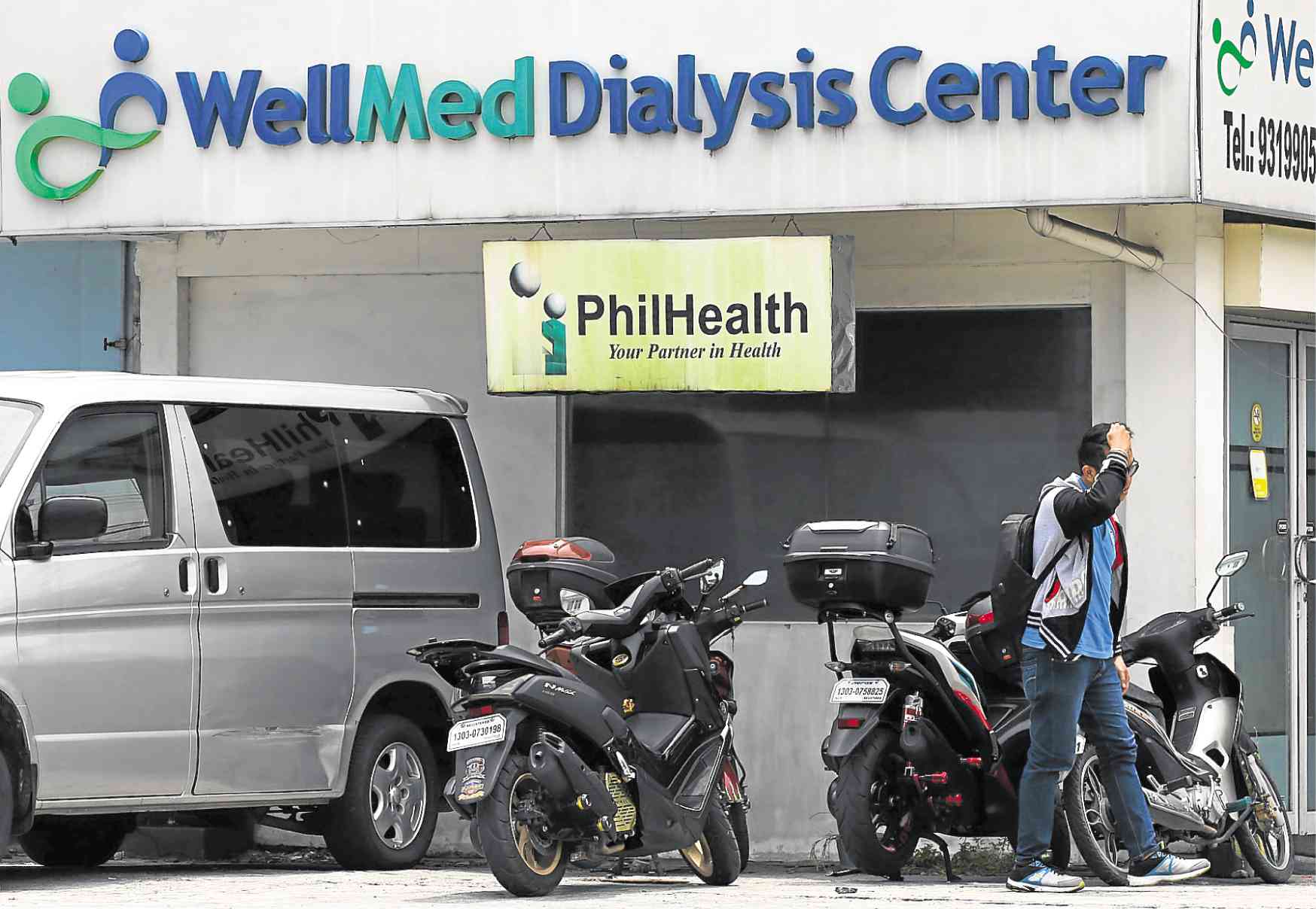 In his affidavit, former WellMed employee Edwin Roberto, who blew the whistle on the fraud scheme first reported by the Inquirer, said the key was PhilHealth’s dependence on the reporting by hospitals or clinics of the deaths of their patients receiving treatment paid for by the state insurer.

“If a patient died at home, DOA (dead on arrival) or died in the hospital within 24 hours, there is no need to submit any document to PhilHealth to update and make claims. Because PhilHealth is unable to know if a patient has died, the facility continues to charge and file claims,” Roberto said.

His lawyer, former presidential spokesperson Harry Roque, told the Inquirer that “obviously, WellMed is in connivance with [the erring hospitals].”

With that loophole, one of WellMed’s owners, Bryan Christopher Sy, allegedly thought of exploiting the system in March 2016 by initially “trying to collect” PhilHealth benefit payments for two male and two female patients who had died, Roberto said.

In an interview with the Inquirer, he said the owners told employees to forge the signatures of these patients on the medical claims WellMed submitted to PhilHealth.

WellMed’s lawyers on Thursday said their client “vehemently denies” the accusations of Roberto and another former employee, Liezel Santos, and claimed the two were the ones who “connived with each other, took advantage of the trust reposed in them by WellMed’s owners and perpetrated the fraudulent scheme.”

The lawyers said in a statement that WellMed had taken “positive steps to prevent a similar scheme from ever being perpetrated again.”

“Our client will not be intimidated by these harassment tactics by their former employees and will be filing appropriate criminal charges against Mr. Roberto and Ms Santos,” the statement said.

In his affidavit, Roberto said that after WellMed made successful benefit claims on the dialysis packages for the dead patients, valued at P2,600 per session, the clinic proceeded to submit claims for what remained of the 90 sessions of other dead patients.

PhilHealth covers payments of up to 90 dialysis sessions per patient per year. The alleged fraud scheme involved collection of payments for unused sessions left after a patient dies or when a patient discontinues the sessions for whatever reason.

Roberto’s affidavit listed an additional four male and four female patients whose deaths PhilHealth was unaware of and whose names WellMed used in this scheme.

He alleged that the dialysis center’s owner ordered the continued collection of unused benefits because “the remaining benefits will only be forfeited if these aren’t consumed within a year.”

“They know that PhilHealth will pay for these, that’s why they want it all spent, and since PhilHealth wouldn’t know about it anyway,” he said.

WellMed collected payments for all three dialysis sessions a week that patients normally get even if the patients came for only one session or two, he said.

He cited the “padded” claims by WellMed for at least three male and three female patients who did not get their full weekly treatments.

Roberto identified the dead patients and those who did not get the full treatments in his affidavit but the Inquirer is not publishing their names to protect the privacy of their families.

Apart from these schemes, Roberto also alleged that WellMed did not provide the basic packages that PhilHealth beneficiaries were entitled to.

He said patients were made to pay out of their own pockets for the use of the low-flux dialyzer treatment for nine out of the 90 sessions that should have been covered by their PhilHealth benefits. He did not say how much was charged for the treatment.

WellMed also did not give legally mandated discounts to senior citizens and persons with disability and evaded paying taxes for cash transactions as it did not issue receipts from 2016 to the second quarter of 2018, he said.

Minguita Padilla, a former official of the Department of Health who is an advocate of reforms to protect PhilHealth’s finances, said one of the ways the state insurer could plug this loophole being exploited by unscrupulous hospitals and clinics was by partnering with the Philippine Statistics Authority so they could be notified of a patient’s death.

Read Next
Rotarians’ choice: Inquirer Newspaper of the Year
EDITORS' PICK
Palace: Duterte unfazed by ICC probe on drug war killings
Palace says ICC prosecutor report is ‘fantastical,’ based on ‘hearsay’
Smart brings KCON:TACT especially 4U to subscribers from June 19 to 27
Defending himself before ICC ‘logical thing to do’ for Duterte, says Drilon
Synology NAS: A photo storage and multimedia server for your home
Kai Sotto, Angelo Kouame lead Gilas final 12 vs South Korea
MOST READ
Opposition ‘must go beyond anti-Duterte platform’ in 2022 polls – Drilon
Duterte to meet with Sotto, Velasco to discuss fate of BARMM polls
Palace says ICC prosecutor report is ‘fantastical,’ based on ‘hearsay’
Sotto sees Sara, Pacquiao as ‘formidable competitors’ for president
Don't miss out on the latest news and information.