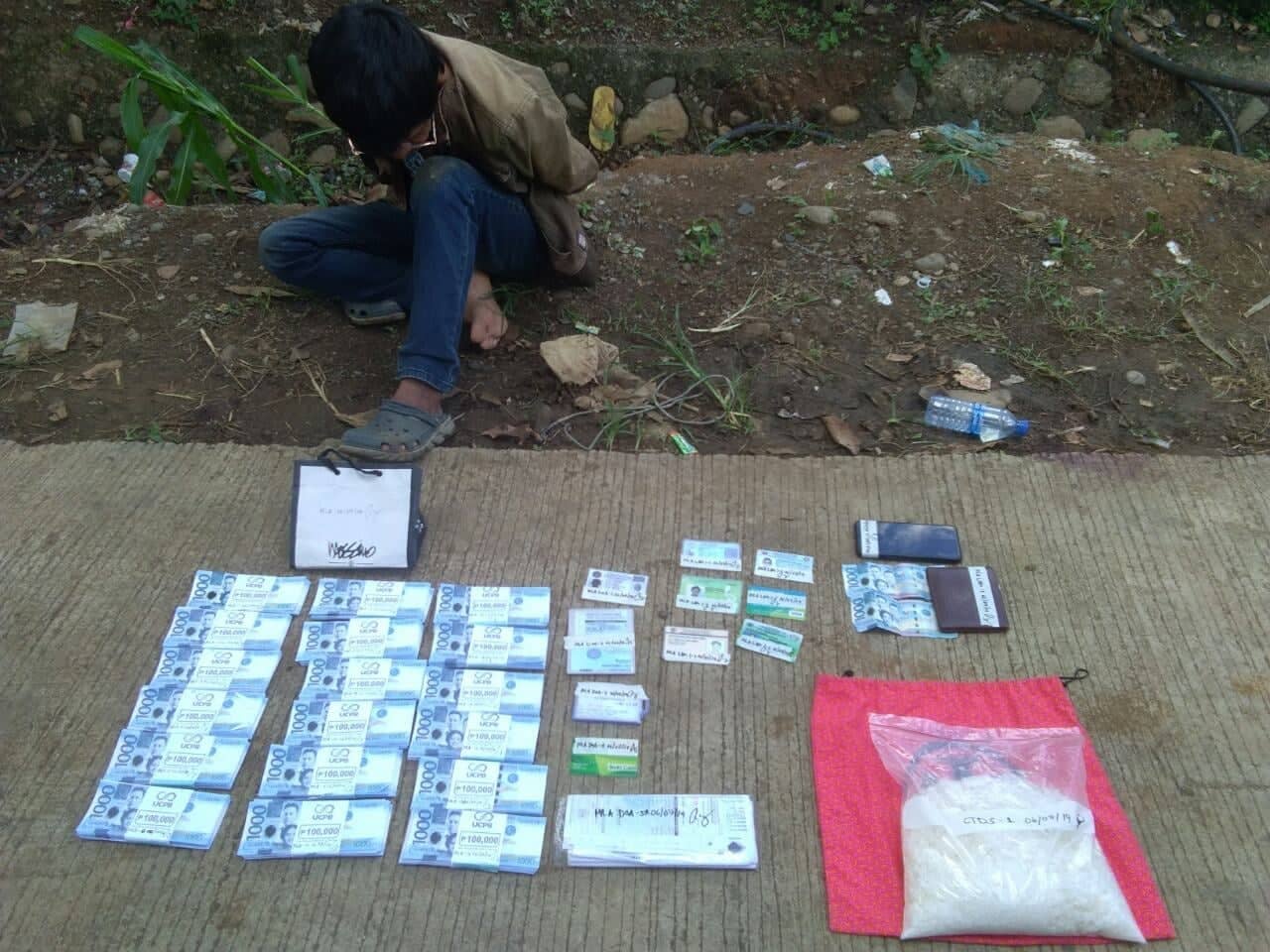 Police present one of the suspects arrested during a buy-bust in Wao town, Lanao del Sur. Also presented were money and drugs which police claimed they seized from the suspects. PHOTO FROM PNP LANAO DEL SUR

One of the suspects, Lendi Asiw Mangondacan, was wounded when he exchanged fire with agents of the Philippine Drug Enforcement Agency (PDEA) in a bid to flee.

The other suspect, Darangil Ombo Angatong, alias Salaudin, is now being held at the PDEA office of the Bangsamoro Autonomous Region in Muslim Mindanao in Cotabato City.

A car, a Kia Picanto, believed being used by the suspects was also seized, Mukaram said. (Editor: Tony Bergonia)