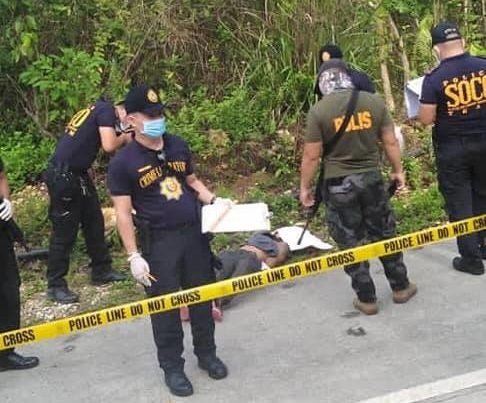 Photo caption: Police are investigating the death of a man found along Balilihan road in Bohol on Friday morning, June 7, 2019. Contributed Photo

TAGBILARAN CITY, Bohol –– The body of a man was found at the Sikatuna-Balilihan road here Friday.

Rey Sinajon of the Bohol Provincial Police said the unidentified man, in his 20s, had a bullet wound in his head. Half of the man’s left ear was mutilated. His hands were tied with a plastic cable wire.

Sinajon said the victim had a dragon tattoo on his left arm and Gothic writings on the right arm.

Some residents who were at the crime scene suspected that the man may have been a victim of summary execution.

The body was brought to a funeral home while the police investigated the incident. Leo Udtohan (Editor: Leti Boniol)