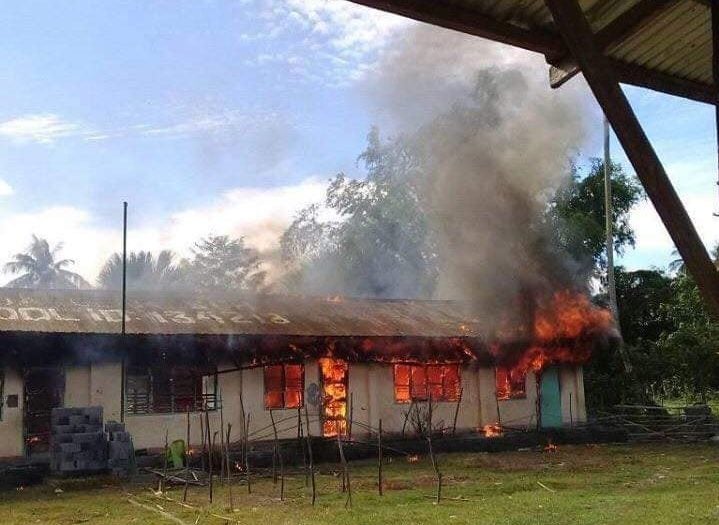 COTABATO CITY—A school official in the town of Talitay, Maguindanao expressed suspicion that a fire that destroyed a four-classroom building at a public elementary school there was intentionally set.

“We are asking for witnesses to come out to tell us what really happened,” said Edres Kasan, schools district supervisor of Talitay, after the fire broke out at a building of the Padega Elementary School past 3 p.m. on June 6.

“For me, it appeared it was intentional,” Kasan said. (Editor: Tony Bergonia)