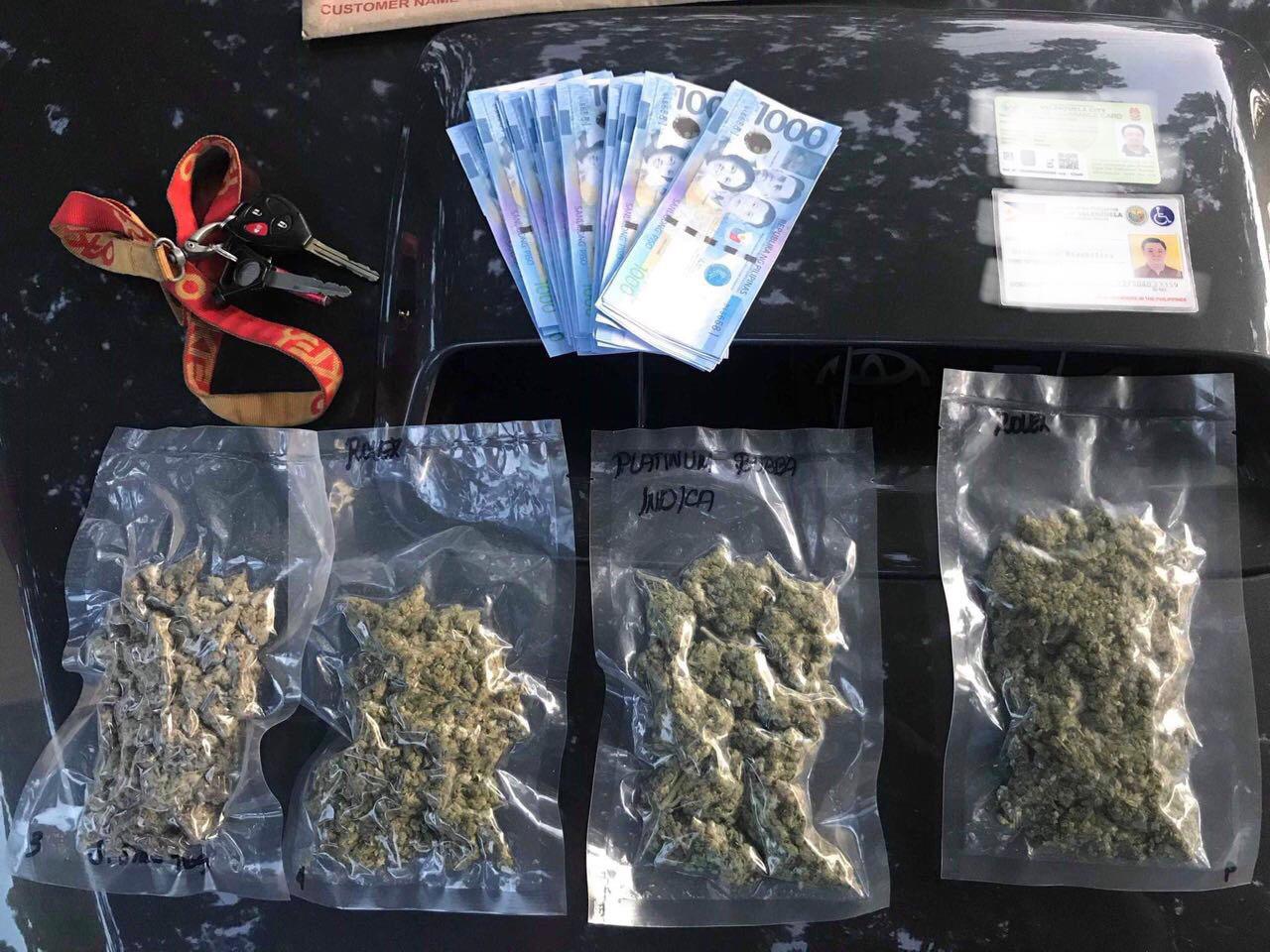 Kush and other pieces of evidence seized during a bust in Quezon City on Tursday. Photo from QCPD

MANILA, Philippines — Police have confiscated a stash of Kush worth P168,000 in a buy-bust operation in Quezon City on Thursday which also led to the arrest of two suspected pushers.

Kush is a strain of Cannabis, almost solely of the Indica variety of marijuana. The name “Kush” originates from the Hindu-Kush mountains where it was cultivated for thousands of years.

Police identified those arrested as Jason King, a 46-year-old insurance coordinator, and his younger brother Bryan, 44.

When arrested, Bryan claimed to be a driver of a ride-hailing company, police said.

According to a report from the Quezon City Police District – Batasan Police Station (QCPD-PS-6), the suspects were arrested after handing Kush weighing 112 grams to an undercover police officer during the 5 a.m. bust.

Aside from the Kush, police also seized from the arrested suspects the marked cash used in the bust and a grey Toyota Fortuner (APA7148).

The arrested suspects are now detained at PS-6 as charges are being readied against them.  (Editor: Mike U. Frialde)