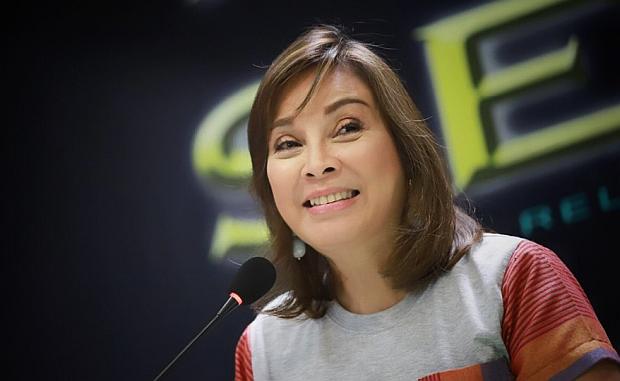 MANILA, Philippines — As she leaves the Senate, Sen. Loren Legarda hopes its new leaders will continue her advocacy on climate change.

“The environment has always been my primary advocacy. I somehow knew that greater challenges awaited humanity in the future if we did not care enough for the environment,” Legarda said in her valedictory speech on Tuesday.

She noted that she had introduced laws on climate and disaster resilience, as climate was “not merely an environmental issue.”

Legarda said she had to “hurdle many challenges” in pushing her climate advocacy.

The three-term senator said she would be leaving behind a “robust climate crisis agenda” that she hoped the new Senate leaders would sustain.

“We must address climate change as a crisis that threatens nothing less than our country’s long-term economic viability,” Legarda said. “I ask those who will lead the climate debate in the Senate to wear a special lens that allows one to see beyond term limits. We need to look farther because the future is in our hands.”

She also asked whoever would be chairing the Senate Committee on Finance to “think of climate change too.”

“It is an economic challenge as well,” she said. “Instruments unique to the world of finance must be used to avert the worst impacts of climate change on our long-suffering people.”

LIVE: Senator Loren Legarda delivers her valedictory address as outgoing Senator of the Republic of the Philippines.

In her 18 years as a senator, Legarda said heading of the Committee of Finance, compared to several other panels she headed, was the “most challenging.”

“It is a tedious job that requires not only intellect but a great amount of patience. It is both mentally and physically taxing,” she said.

She noted that, from 2016 to 2019, the committee strove to craft a budget that would support the national government’s priority programs while making sure that social program would also be adequately funded.

“To the next chair of the Senate finance committee: Be ready for a tough job. But please put all your heart and soul into it because the Filipino people deserve no less,” Legarda said.

She then thanked the people who had been part of her journey in the last two decades — her colleagues, her staff, other Senate employees, and her family.

“Thank you to each and every colleague I have worked with in this chamber. All of you have contributed to my personal and professional growth. Some have mentored me, but all have become my friends,” she said.

As she is set to take on a new role as the representative of her hometown Antique,

Legarda said she was ready to engage in more debates and forge alliances in her new role as representative of Antique, where her mother, Bessie Gella Bautista, hails from.

“Filled with passion to serve and strengthened by political will to get things done, I surpassed three Senate terms and I am ready to face a bigger battlefield, ready to engage in more debates and forge alliances for the good not only of my constituents in my home province of Antique but of all the Filipino people,” she said.

Legarda’s term as senator will expire on June 30, while her term as Antique representative will start on July 1.