IRR for protection of children in armed conflict signed 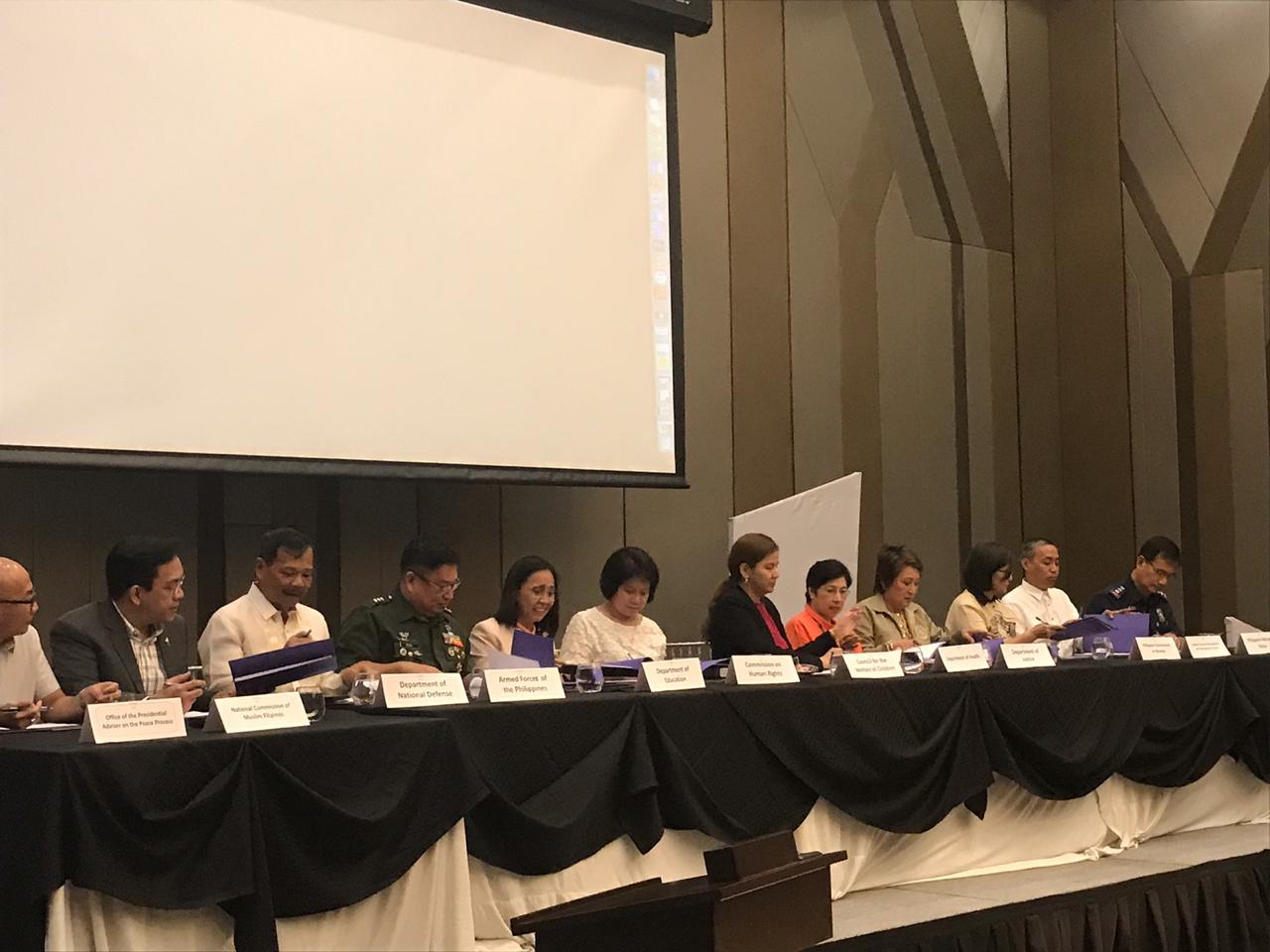 Ceremonial signing of the Implementing Rules and Regulations of the Special Protection for Children in Situations of Armed Conflict Act at Quezon City. /Consuelo Marquez

MANILA, Philippines — The Implementing Rules and Regulations (IRR) of the Special Protection for Children in Situations of Armed Conflict Act was signed Tuesday by representatives of government agencies and non-government agencies in Quezon City.

The law, signed on Jan. 10, aims to offer protection to children, who are victims of armed conflict, from all forms of abuse, violence, neglect, cruelty, discrimination and other conditions.

The measure also mandates the State to prevent the recruitment, re-recruitment or grave child rights violations against children involved in armed conflict.