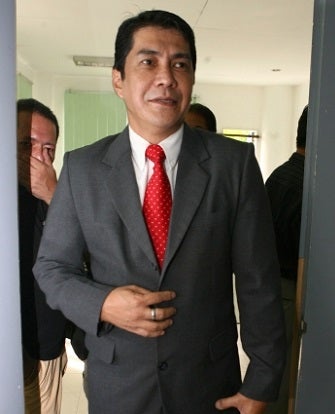 MANILA, Philippines — “I think I have to tone down and change my style.”

These were the closing words of radio personality Erwin Tulfo as he issued Monday a new public apology for his tirades against Social Welfare Secretary Rolando Joselito Bautista, a former Army chief.

He first issued an apology on his program last Friday, but said then it was part of his job to criticize government officials.

Tulfo lashed out and threatened Bautista on air last week for failing to grant him a live interview.

Aside from hurling a mouthful of expletives, the radio host warned he would force Bautista’s head into a toilet bowl if he sees him in person.

“I’ve been thinking about it. I believe it was very excessive, the ranting. You could call out somebody without ranting, cursing on air,” Tulfo said.

He said there was a “miscommunication” between his staff and DSWD, which will be detailed on his Tuesday column in the Manila Standard.

Soldiers and police up in arms

Active and retired members of the police and military went up in arms on social media to defend Bautista following the incident.

An online petition also sought to demand Tulfo’s apology. It has garnered almost 8,000 signatures as of posting time.

The PMA alumni and AFP have also issued official statements in defense of Bautista.

Bautista, a member of PMA “Sandiwa” Class of 1985, retired as Army chief in October 2018 before he was named secretary of DSWD. A seasoned military commander fighting terrorist groups, he was the overall ground commander during the Marawi siege in 2017.

He was also the first commander of the Presidential Security Group under President Rodrigo Duterte.

Tulfo said he hoped his family would be spared of his bad behavior.

Tulfo said he was only human who makes mistakes and has shortcomings.

According to PNP, Tulfo’s outburst was among the reasons for the recent removal of his police security.

The military also recalled the security assigned to Erwin’s brother Ramon, the special envoy for public diplomacy to China.

But AFP spokesperson Brig. Gen. Edgard Arevalo said it has nothing to do with the controversial tirades against the former Army chief.

Tulfo said he understood the pull out of his security by PNP and they have the right to do so.

If given a chance, Tulfo said he is ready to apologize to Bautista in person.

He is also willing to face charges if the camp of Bautista will decide to file a case against him.