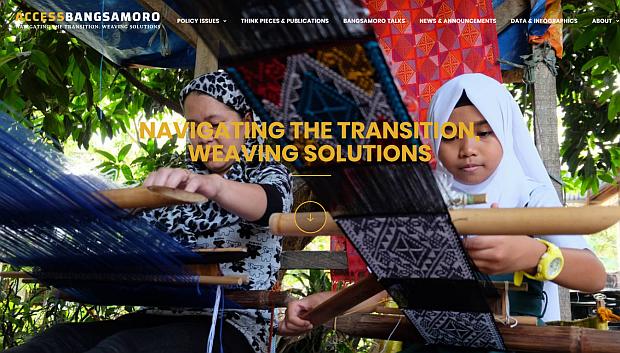 COTABATO CITY, Maguindanao, Philippines — The Australian government funded the setting up of an online knowledge portal here to serve as a platform for discussions and policy-making in the Bangsamoro Autonomous Region in Muslim Mindanao (BARMM).

According to Australian Ambassador to the Philippines Steven Robinson, the online portal is in line with his country’s commitment to bring a just and lasting peace in Mindanao.

With some P6 million in aid from Australia available this year, the local think tank Institute for Autonomy and Governance (IAG) and the Policy Center of the Ateneo School of Government established Access Bangsamoro (www.accessbangsamoro.ph), an online and social media portal seeking to promote the free exchange of information and ideas involving the BARMM.

The portal, which has been online since May 30, also serves as a platform for education and discussion to tackle the gains and pains of the Bangsamoro in transition.

“The Access Bangsamoro portal can potentially be a game-changer and a force for good in the Bangsamoro,” said lawyer Benedicto Bacani, IAG executive director.

“Access Bangsamoro will serve as a platform for education and discussion, help create sound and effective evidence-based public policy and engage as wide a part of society as possible,” Robinson said.

Bangsamoro Chief Minister Ahod Ebrahim urged policymakers and other stakeholders to join the discussions at the social media portal to generate inputs that would contribute to addressing issues during the BARMM’s transition period.

“We hope that the portal will provide a significant space for research and discussions that will promote transparency, accountability and moral governance in the Bangsamoro,” Ebrahim said.

BARMM replaced the Autonomous Region in Muslim Mindanao following the ratification earlier this year of the Bangsamoro Organic Law (BOL).

While admitting that the transition period is still at a critical phase, Ebrahim said the Bangsamoro government would “remain steadfast in pursuing good governance in the region.”

Robinson said that during the transition period, the structures and processes to implement the BOL and rebuild democratic institutions would be put in place.

This year, Australia allocated about A$85 million worth of development assistance to the Philippines, half of which was allotted to Mindanao in the fields of education, infrastructure, governance, and budget planning.

Robinson noted that Canberra had “a long and proud history” of supporting peace and stability in the Bangsamoro region.