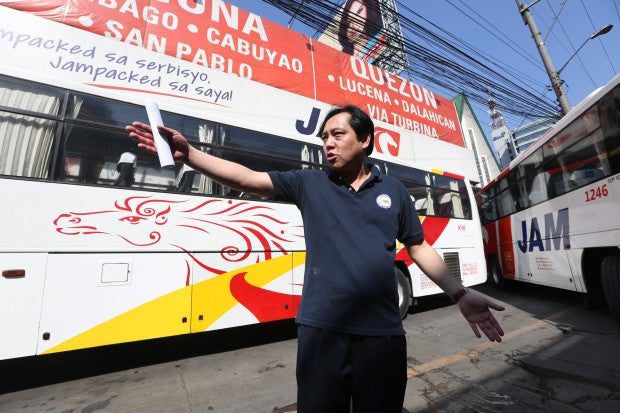 MANILA, Philippines — The policies of the government in solving the traffic situation in the metropolis focus on making the public sacrifice their time and effort instead of really solving the problem.

This was the statement on Sunday of Atty. Ariel Inton, president of the group Lawyers for Commuters and Safety and Protection, as traffic agencies are set to implement two new policies upon commuters and drivers this June.

According to Inton, who also became part of the Land Transportation Franchising and Regulatory Board (LTFRB) before, the government is targeting more the “least contributors” of traffic instead of the bigger contributors.

“Their focus is always for the people to sacrifice. The commuters have been sacrificing. Puro sacrifice na lang tayo. Yun ang focus ng kanilang mga polisiya,” Inton told INQUIRER.net in an interview.

One of the policies of the Metropolitan Manila Development Authority (MMDA) is to close provincial bus terminals along the stretch of Edsa.

This, according to the MMDA, aims to lessen the traffic congestion in Metro Manila’s main artery.

Nevertheless, MMDA spokesperson Celine Pialago admitted that provincial buses only make up three to five percent of the total volume of vehicles along Edsa.

Another policy of the LTFRB is the implementation of the point-to-point operation of UV express vehicles.

This, based to Memorandum Circular No. 2019-25, abolishes the previous 2-kilometer radius policy, which allowed UV express vehicles to pick up and drop off passengers within that radius of their designated endpoints.

The new policy means passengers can only board and disembark at designated UV express terminals, not at any point in between.

According to Inton, the LTFRB should have consulted first the public regarding the said policy in order to have better traffic rules.

He also suggested the LTFRB to set a designated pick-up and drop-off points for UV express and study what areas have a high passenger demand.