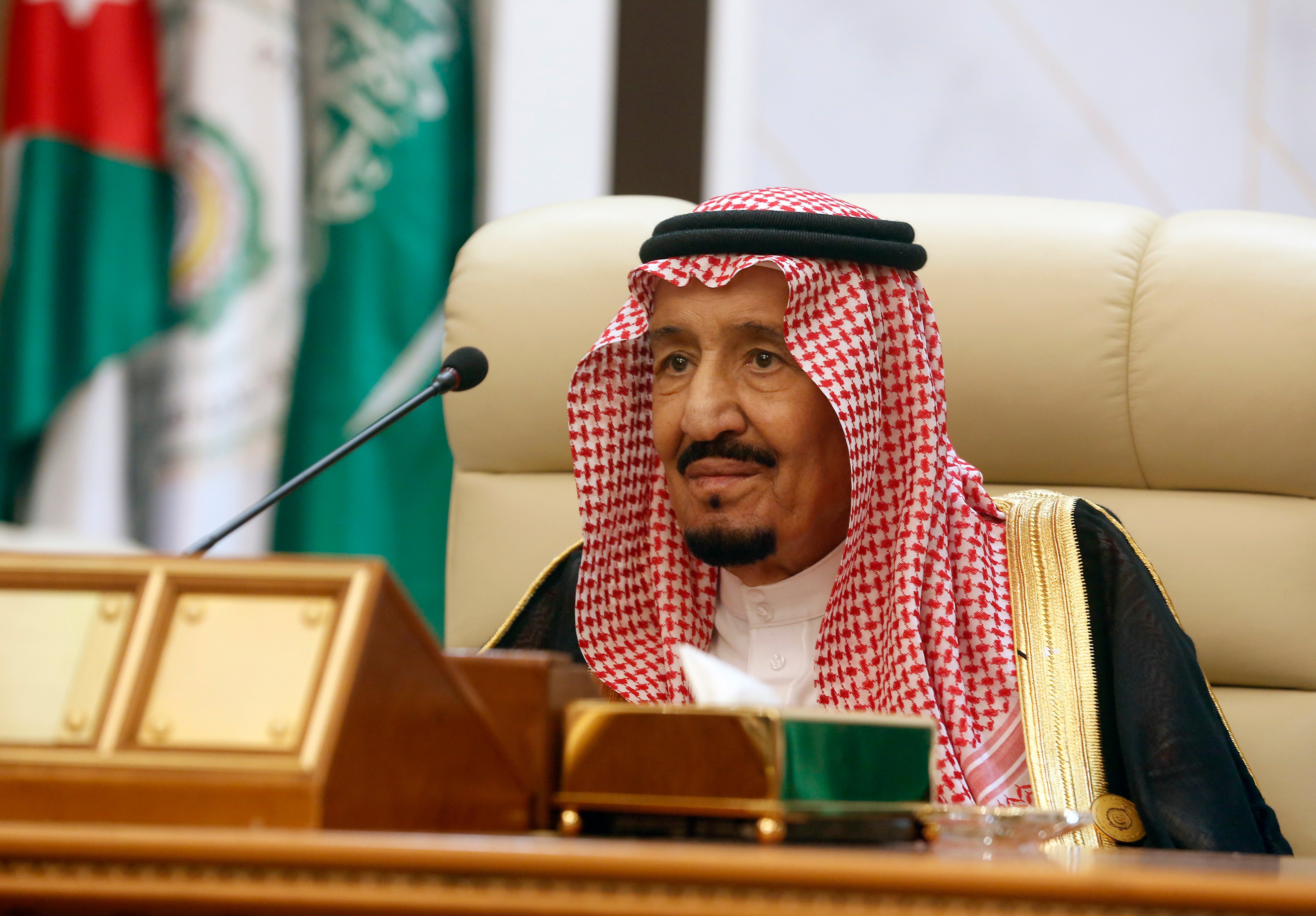 It was the monarch’s strongest words yet since tensions spiked in recent weeks between the two regional heavyweights. The U.S. has sent an aircraft carrier and B-52 bombers to deter Iran as tensions run high. The crisis stems from the Trump administration’s decision to withdraw the U.S. from Tehran’s nuclear deal with world powers last year and impose crippling economic sanctions on the country.

Speaking to leaders from the 57-nation Organization of Islamic Cooperation, or OIC, gathered in Islam’s holiest city of Mecca, King Salman opened the summit with a statement saying the world must fight the sources and funding of terrorism around the world.

He then said the alleged sabotage of four oil tankers off the coast of the United Arab Emirates in past weeks represents a “grave danger” to the security of maritime traffic and regional security.

He blamed Iranian-backed terrorist militias of being behind a subsequent drone attack on a Saudi oil pipeline.

“We emphasize that these subversive terrorist acts are aimed not only at the kingdom and the Gulf region, but also on the security of navigation and energy supplies to the world,” King Salman said.

Iran, which had a representative present at the OIC summit in Mecca, denies being involved in the incidents.

Iran’s President Hassan Rouhani had his own message for OIC leaders ahead of the summit, urging them to stay focused on the rights of Palestinians.

In a letter published online Friday, Rouhani said Muslim leaders should not let the importance of Palestinian statehood be “marginalized” in the face of the Trump administration’s forthcoming peace plan.

Rouhani also complained in the letter about not being invited to the Islamic summit, but expressed his country’s readiness to work with all Muslim leaders to confront the White House’s so-called “Deal of the Century.”

Glimpses of the still undisclosed plan suggest it sidelines or ignores the longstanding goal of Palestinian independence. A meeting next month in Bahrain focusing on the economics of the plan is being boycotted by the Palestinian leadership, but Saudi Arabia and the UAE are attending amid growing ties with Israel in the face of shared enemy Iran.

King Salman told OIC leaders that the rights of Palestinians remains a cornerstone issue of the organization, which was formed 50 years ago in response to an extremist arson attack on the Al-Aqsa Mosque in east Jerusalem, one of Islam’s most sacred sites.

He said the mosque remains under occupation and threat.

“We reiterate with emphasis the rejection of any measures that infringe upon the legal status of Al-Quds Al-Sharif,” King Salman said, referring to east Jerusalem and the mosque compound.

Turkey’s Foreign Minister Mevlut Cavusoglu said any peace deal that does not include an independent and sovereign Palestinian state along 1967 borders with east Jerusalem as its capital will be rejected by the OIC body.

“We shall not accept the rewriting of history, exchanging justice with economic benefits and disregarding dignity and legitimacy,” he told the OIC summit.

The Islamic summit has drawn political figures and heads of state from countries spanning Africa, the Middle East and Asia. They come with widely varying policies and priorities, but share a common reverence for the Al-Aqsa mosque, known as the first “Qibla” because Muslims prayed toward it before the cube-shaped Kaaba in Mecca.

The meeting began after midnight and ran into the early hours Saturday due to evening prayers and day-long fasting during the holy month of Ramadan.

Saudi Arabia’s effort to bring leaders to Mecca reflects the kingdom’s desire to project a unified Muslim and Arab position on Iran to isolate it internationally.

Iranian Foreign Ministry spokesman Abbas Mousavi said Tehran regrets “Saudi Arabia’s abuse of its privilege as the host” of the OIC “to sow division between Islamic and regional countries.”

The summit follows two emergency Arab meetings the night before in Mecca criticizing Iran’s behavior and influence in countries like Syria, Iraq and Lebanon.

Presenting a unified stance on Iran faces obstacles within OIC member-states, which includes Iran. Pakistan’s Prime Minister Imran Khan, who is attending the summit, has sought good ties with both Saudi Arabia and Iran, for example.

The leader of the Iranian-backed Hezbollah group told supporters in Lebanon on Friday that the Mecca summits are a Saudi call for help from Arab countries after Saudi Arabia failed to win in Yemen, where the kingdom and its allies have been at war since 2015 against Iranian-allied Yemeni rebels.

“It is a sign of failure,” Hassan Nasrallah said. “These summits are calls for help …that express the failure and the inabilities in confronting the Yemeni army, popular resistance and people.”  /muf