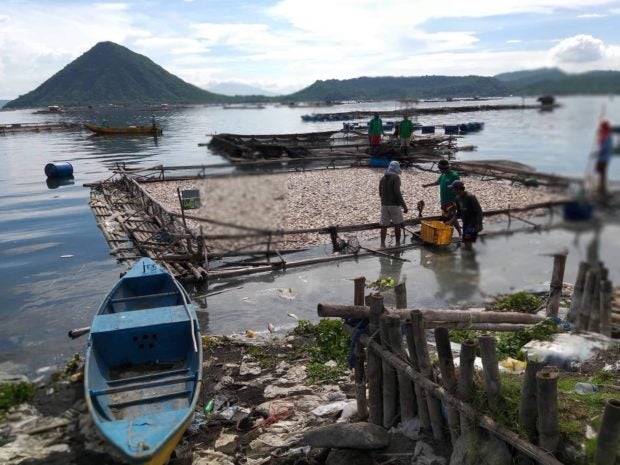 SAN PEDRO CITY – At least 150 tons of cultured tilapia died after being hit by a fish kill in Taal Lake.

As of Friday, the phenomenon, described by a Department of Environment and Natural Resources executive as both “natural and man-made,” was still affecting fish cages, specifically in Barangay Gulod and Buso-Buso, both in Laurel town in Batangas province.

“It usually happens during May when the weather triggers a drop in dissolved oxygen,” he said in a phone interview.

Lake aquaculture requires a certain level of dissolved oxygen in the water for the fish to thrive.

The Bureau of Fisheries and Aquatic Resources last week had issued an advisory for cage operators to closely watch their stocks after the agency noticed a drop in the oxygen level.

Bascos, however, said they were also looking into bad aquaculture practices such as “overstocking and overfeeding.”

He said local governments and the Department of Public Works and Highways were still collecting tons of the dead fish off the lake to be buried in a pit on the mainland. (Editor: Leti Z. Boniol)