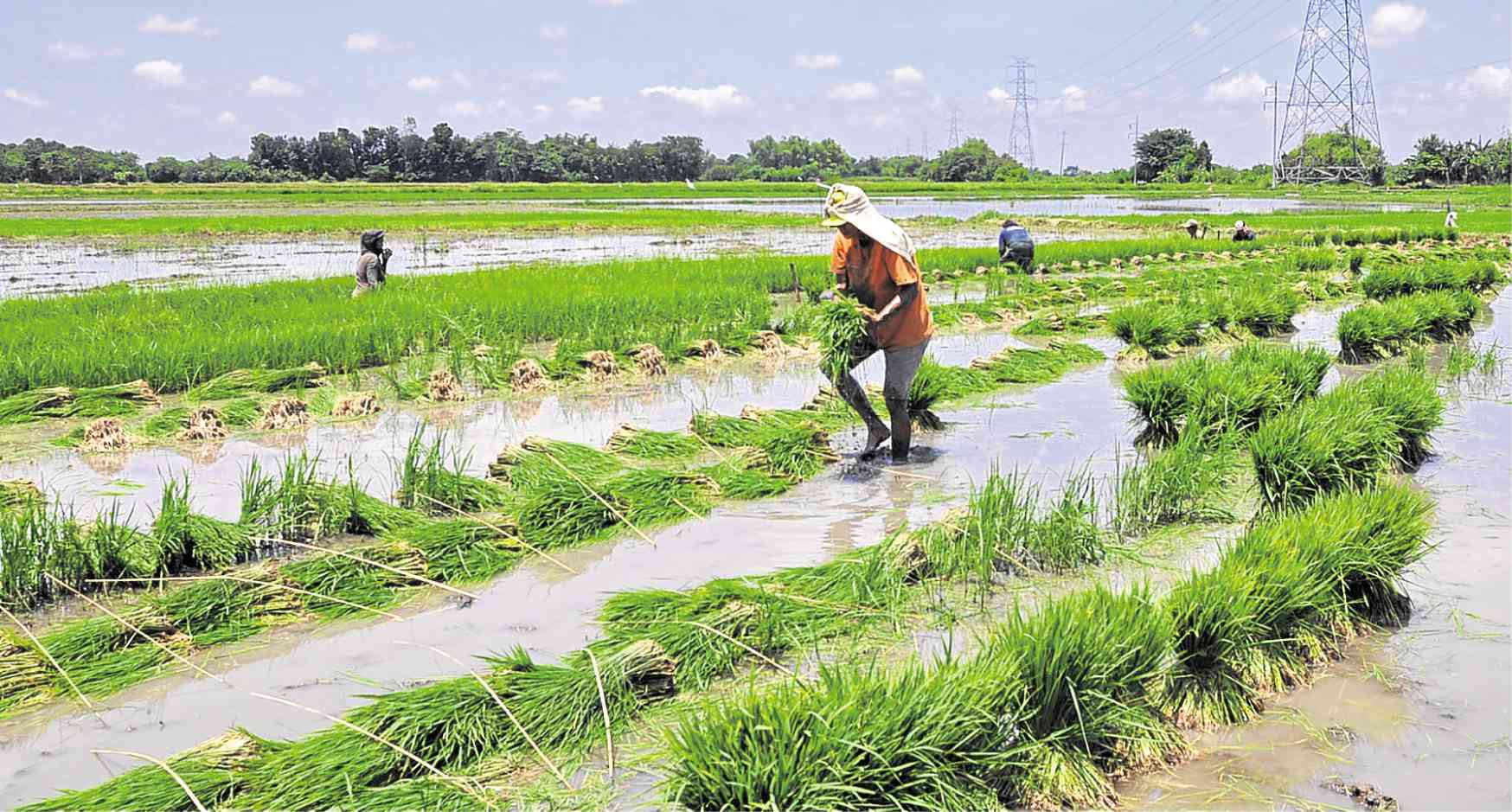 LINGAYEN, PANGASINAN — Starting this year, Pangasinan farmers will plant rice a month earlier than their planting schedule in the wet cropping season as their way of adapting to climate change.

“We were told that based on historical data, strong typhoons hit the country from late September to November,” said Ernesto Pamoceno, president of the Pangasinan Confederation of Irrigators’ Associations (PCIA).

PCIA is the umbrella organization of the province’s 323 irrigators’ associations with a total membership of about 40,000 farmers.

Pamoceno said planting a month earlier would allow farmers to harvest their crop on the first two weeks of September, before the typhoons come.

According to him, the National Irrigation Administration had begun distributing water to the rice-producing towns of Asingan and Villasis and Urdaneta City in April, enabling farmers to start planting rice in May.

With the new rice planting schedule, farmers are hoping to avoid incurring huge losses due to natural calamities, Pamoceno said, pointing out that they were still suffering because of the low buying price of palay (unhusked rice).

As of May 23, traders were buying palay at P17 a kilogram, forcing farmers to sell their produce to the National Food Authority (NFA), which pays up to P20.70 a kg of palay.

“This is what the rice tariffication law has done to us. Farmers are losing and suffering,” Pamoceno said.

The law, which President Duterte signed on Feb. 16, opened the country’s doors to unimpeded importation of rice. It also provided an annual subsidy of P10 billion for the development of the rice industry.

Pamoceno said the government should subsidize farmers to lower production cost and allow them to compete with imported rice.

On May 17, PCIA passed a resolution asking the government to provide rice farmers with free organic fertilizer to lower their production expenses and increase yield.

At present, a farmer spends at least P14 to produce a kilogram of palay. A farmer in Pangasinan produces an average of 6 metric tons in every hectare.

“I wish our farmers will be able to produce 9 to 10 metric tons a hectare to make us competitive. But that would mean higher production cost. And this is where the government should come in,” Pamoceno said. —GABRIEL CARDINOZA