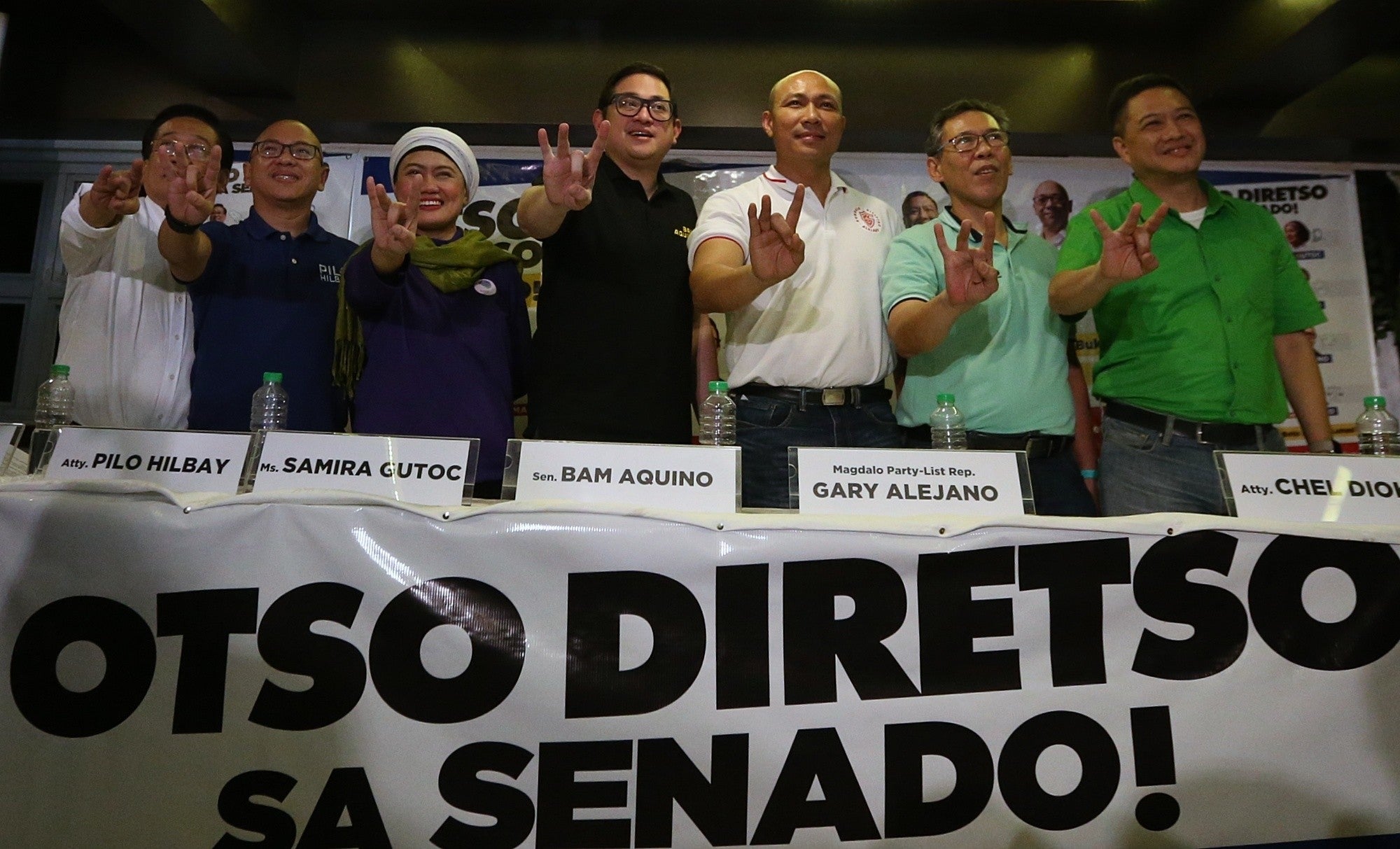 MANILA, Philippines—President Rodrigo Duterte on Thursday took a swipe at defeated opposition senatorial candidates after the administration bets rule the May midterm elections.

Speaking before the Filipino community in Japan where he is currently on a four-day working visit, Duterte reiterated that the Otso Diretso senatorial bets did nothing but to talk against his administration.

At one point in his speech, Duterte even asked the crowd if they want outgoing Senator Antonio Trillanes IV, one of his fiercest critics, to become the President when he steps down on 2022.

Eight of the 12 winning senators in the May 13 polls were endorsed by Duterte. Meanwhile, not one senatorial aspirant from the opposition ticket won a post.

Read Next
Hong Kong raises jail threshold for proposed extradition law
EDITORS' PICK
Smart 5G goes live
Water remains our saving grace right now
PNP: Checkpoints back in MECQ areas
Been there, done that but what’s the difference between MECQ and GCQ?
BREAKING: 3,226 latest COVID-19 cases bring PH’s total to 106,330
A gem of a residence in the new normal
MOST READ
MECQ guidelines in infographics
Doctors group to Duterte: ‘There was never a call for a revolt’
MECQ in NCR, other areas: Mass transportation suspended, quarantine pass required anew
Duterte heeds frontliners’ plea, reimposes MECQ in Metro Manila, other areas Aug. 4 -18
Don't miss out on the latest news and information.