KIEV, Ukraine – Ukrainian lawmakers on Thursday refused to accept the Cabinet’s resignation in another snub to the nation’s newly sworn-in president. 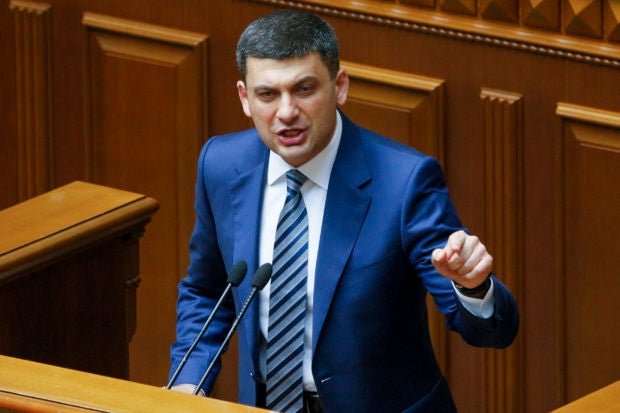 Ukrainian Prime Minister Volodymyr Groysman gestures as he addresses the Ukrainian parliament in Kiev, Ukraine, Thursday, May 30, 2019. Ukrainian lawmakers refused to accept the Cabinet’s resignation in a snub to the nation’s newly-sworn president, Volodymyr Zelenskiy, who wants to form his own team but faces parliament dominated by supporters of his election rival. (AP Photo/Efrem Lukatsky)

Zelenskiy called snap parliamentary elections for July 21 in a bid to get more of his supporters into parliament.

In anticipation of that, lawmakers have sought to block the president’s efforts to form a more loyal Cabinet.

The Verkhovna Rada refused on Thursday to accept the resignation of Prime Minister Volodymyr Groysman, keeping his Cabinet in place.

That vote follows the parliament turning down a proposal by Zelenskiy to amend the electoral law last week.