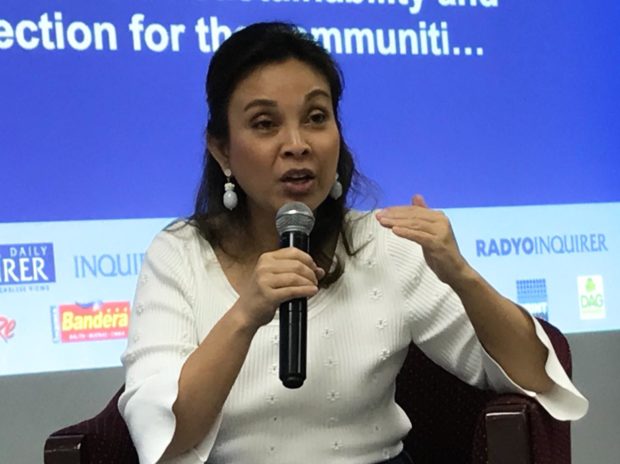 MANILA, Philippines–Hopefully, the return to Canada of the tons of illegally-dumped garbage in the country will help improve the strained diplomatic relations between the Philippines and Canada, outgoing Senator Loren Legarda said Thursday.

The 69 containers of waste from Canada illegally shipped in batches to the Philippines from 2013 and 2014 are set to be sent to Ottowa on Thursday, May 30, Foreign Affairs Secretary Teodoro “Teddyboy” Locsin Jr. earlier said.

READ: Tons of garbage to be shipped back to Canada on May 30

“I hope so because Canada is home to many Filipino migrants. We also have robust trade and economic diplomacy with Canada,” Legarda said during a Kapihan at the Senate forum when asked if the diplomatic relations between the two countries will improve once the garbage issue has been settled.

“I hope that ties and relations will normalize,” she added.

Legarda said she is sure that talks between the two countries will be held once the garbage issue has been settled.

“I leave it to Secretary Locsin to do that,” the outgoing senator said.

President Rodrigo Duterte earlier threatened to declare war against Canada if it does not take out its trash from the Philippines. He had given the country until May 15 to ship back its garbage.

READ: Duterte to Canada: Take trash back or else I’ll declare war

After Canada missed the May 15 deadline, the Philippines recalled its ambassador to Canada.

Malacañang has also reportedly ordered government officials to refrain from traveling to Canada through a memorandum dated May 20, 2019.

Strong political will of President Duterte

Legarda credited the “strong political will” of the President for making the return of the garbage back to Canada possible.

The move is also a “good move” to prove to the world that the Philippines is not a “dumping ground” of the other countries’ waste, Legarda said.

“This move to ship back the trash of Canada is a good move to prove to the world that we are not a dumping ground of the world’s trash,” the senator said. (Editor: Jonathan P. Vicente)