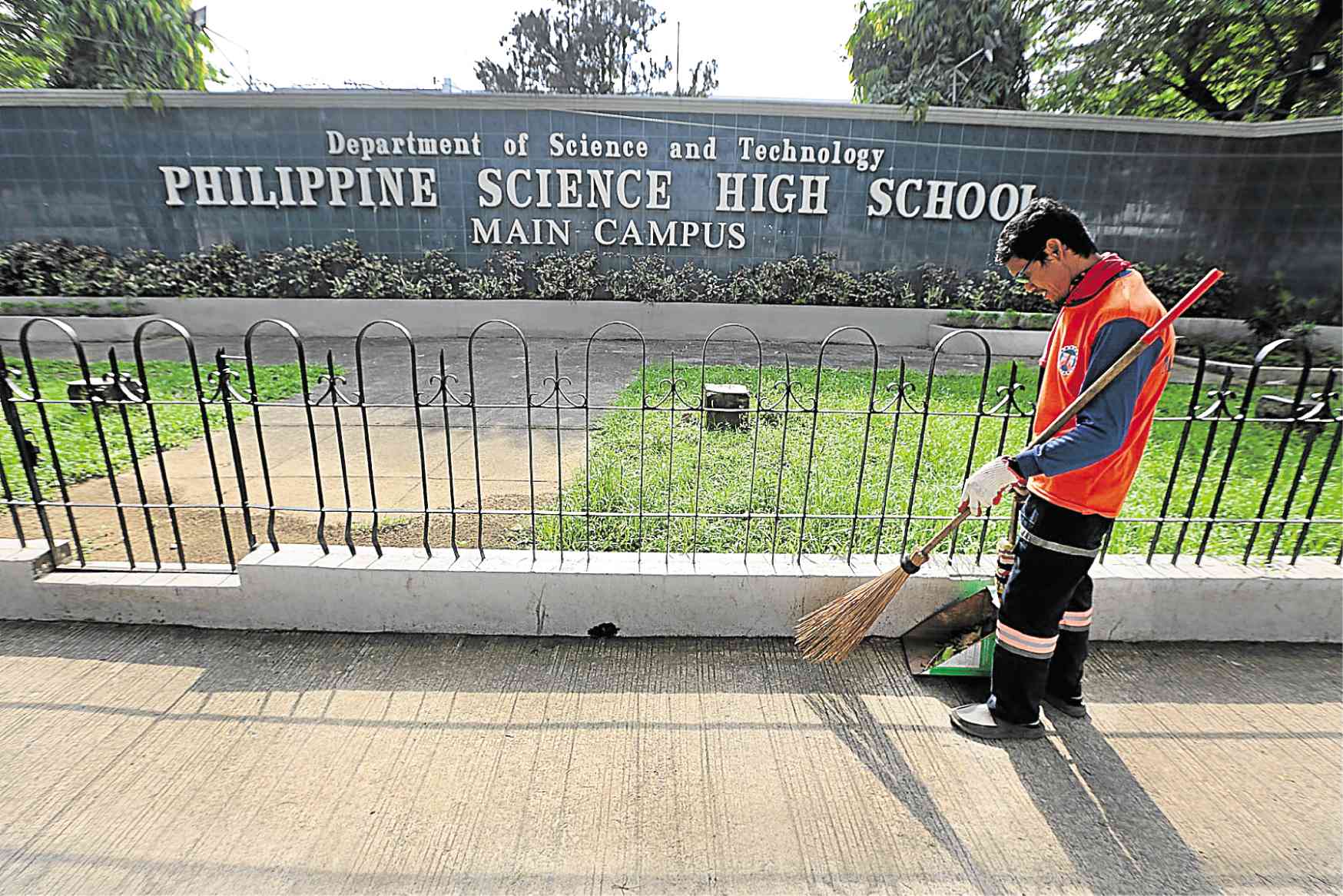 MANILA, Philippines — After its previous ruling generated a lot of controversy, the Board of Trustees (BOT) of the Philippine Science High School (PSHS) has decided to bar six male students charged with voyeurism from Wednesday’s graduation ceremony.

The board chair, Secretary Fortunato dela Peña of the Department of Science and Technology, said he and the other members made the decision on Tuesday.

“Three will get diplomas while three will get certificates of completion — but only after requirements that are part of [the] penalty [meted out against them] are completed or served,” he added.

Those who receive a diploma are deemed to have graduated from PSHS, fondly called “Pisay” by its alumni.

On the other hand, those to be issued a certificate of completion are considered to have completed the curriculums but they are not deemed to have graduated because of deficiencies.

In a statement issued on Wednesday afternoon, the BOT said it had “exerted best efforts in arriving at this decision and we request that this be respected.”

“We urge everyone to move forward from this incident and provide the needed support to the students and the PSHS community,” it stressed.

The six students of the PSHS main campus in Quezon City were charged with multiple counts of voyeurism after they posted online lewd photos of their female schoolmates.

Fourteen students were originally charged but only six of them were found liable by two disciplinary committees of Level III offenses under the school code.

The board, however, overturned the committees’ recommendation to disallow the six students from graduating—a decision that was criticized by students, parents, teachers and alumni.

The incident prompted Vice President Leni Robredo, whose youngest child is a PSHS graduate, to call on the public to report abuses against women and ensure appropriate sanctions against perpetrators.

According to her, the issue  goes beyond the school administration and its community, offering a moment of reflection of how society should act when disrespect to women is passed off as “boys having harmless fun.”

“Perhaps we should not be surprised that even in a community of our nation’s brightest young minds, the poor treatment of women, at the hands of even those they trusted as intimates or friends, persists,” she added.

“The problem, after all, is not one of intelligence, but of culture,” Robredo said.

The way forward, she stressed, was to change that culture by “calling out behavior that is disrespectful and abusive to women … not making excuses for it, not attempting to justify it, but recognizing it for the injustice it is, and taking necessary steps to ensure it is not repeated.”—With reports from Patricia Denise M. Chui and Jhesset O. Enano