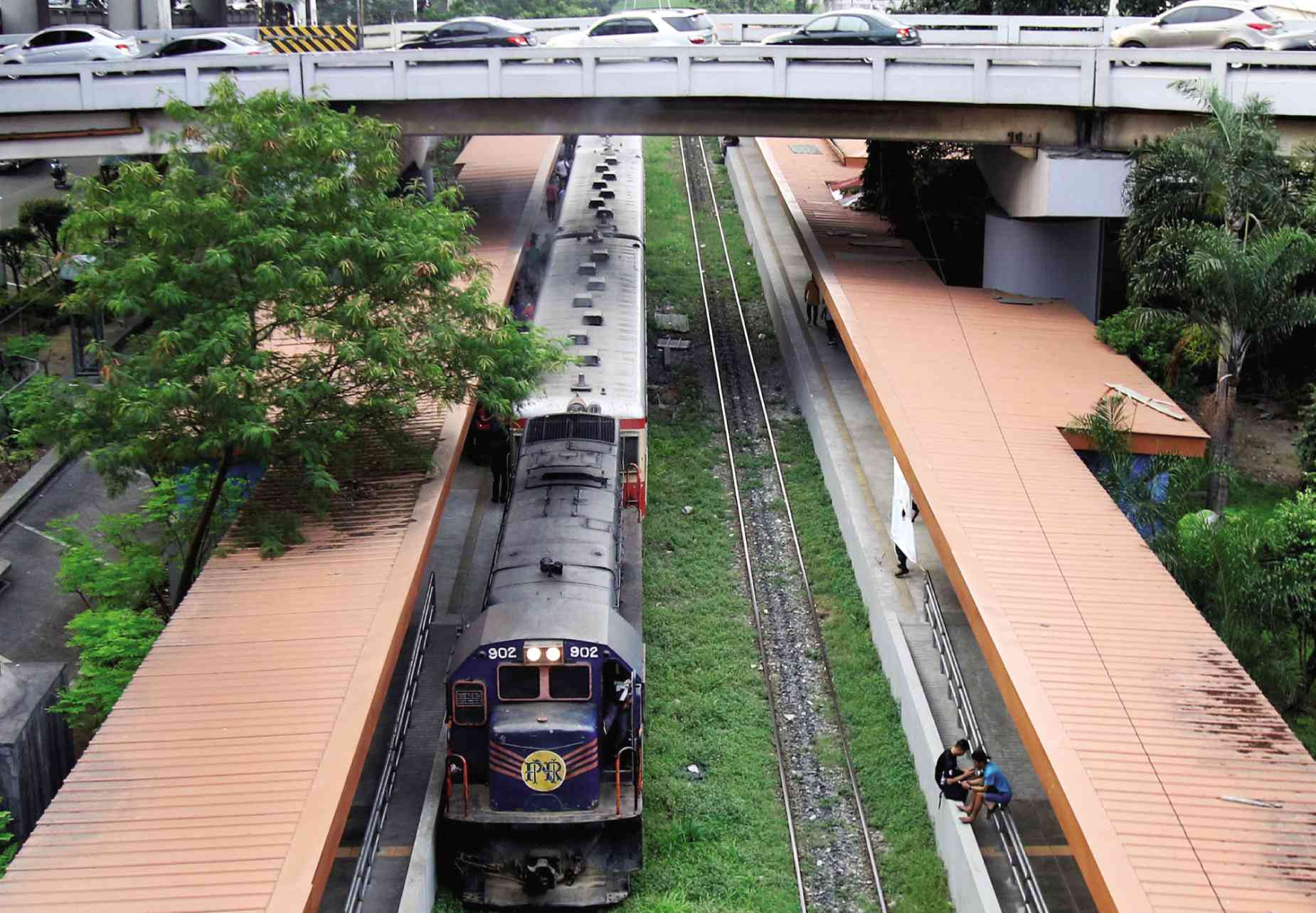 ECONOMY BOOST The completion of the Philippine National Railways’ line linking Metro Manila and Clark Freeport in Pampanga province is expected to boost the regional economy in Central Luzon. —RICHARD A. REYES

CITY OF SAN FERNANDO, Pampanga, Philippines — The Department of Transportation (DOTr) has secured 90.1 percent of the right of way (ROW) of six train stations scheduled to be built under Package 1 of the Philippine National Railways (PNR) Clark Phase 1.

The ROW of PNR Clark Phase 1 is 15 meters wide, or 7.5 meters on each side, according to Transportation Assistant Secretary for Communications Goddes Hope Libiran.

Phase 1 spans 37.6 kilometers from Tutuban in Manila to the City of Malolos in Bulacan province. Phase 2 heads to Clark International Airport at Clark Freeport in Pampanga province.

Tugade said it was only “a matter of time” that the remaining 9.9 percent of Package 1 would be cleared.

These sites are found in various parts of Manila and Bulacan, Libiran said.

Package 1 entails the construction of elevated structures, a depot in Valenzuela City and six train stations in Tondo, Manila; Caloocan and Valenzuela cities; and Meycauayan City, and Marilao and Bocaue towns in Bulacan.

The joint venture of Taisei Corp. and D.M. Consunji won the contract to build Package 1 of Phase 1.

Sumitomo-Mitsui is the general contractor of Package 2, which began in February. It is constructing three stations in Balagtas and Guiguinto towns, and in Malolos.

The PNR Clark Phase 1 aims to cut travel time to Manila from 1.5 hours to 30 minutes and is expected to be operational before the end of 2021.

Funded by a loan from Japan’s official development assistance, the project is part of the North-South Commuter Railway project that integrates Metro Manila, Central Luzon and Calabarzon regions, the DOTr said.

The south line is called PNR Calamba, running from Manila to Laguna.

DOH to separate numbers of fresh COVID-19 cases from backlog