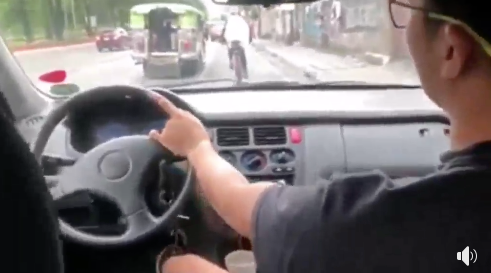 MANILA, Philippines — The motorist in the viral video that showed him driving his car while seated at the passenger seat, was a no-show at the hearing set by the Land Transportation Office (LTO) Wednesday afternoon.

Transportation Assistant Secretary for Communications Goddes Hope Libiran confirmed to reporters that Miko Lopez failed to appear for the hearing which was initially set at 3 p.m.

“Mr. Lopez failed to appear despite service of summons,” Libiran said in a message. “The LTO Law Enforcement Service (LES) will now prepare the Resolution,” she added.

“Mr. Lopez did not appear despite the summon,” she said.

Lopez went viral on social media after he posted a video in his personal Facebook account on May 25. The posted video showed him driving his car while being seated at the passenger seat.

The video reached the attention of the Department of Transportation (DOTr) which said that Lopez’s license may be revoked and that he may be disqualified from applying for a driver’s license again in the future because of his recklessness.

The DOTr is also studying charging Lopez with reckless driving, illegal modification (removing the steering wheel), not wearing a seat belt, and improper person to operate a motor vehicle.  (Editor: Mike U. Frialde)