Allies, friends in Duterte’s Japan trip can be ‘corruption’ – Alejano 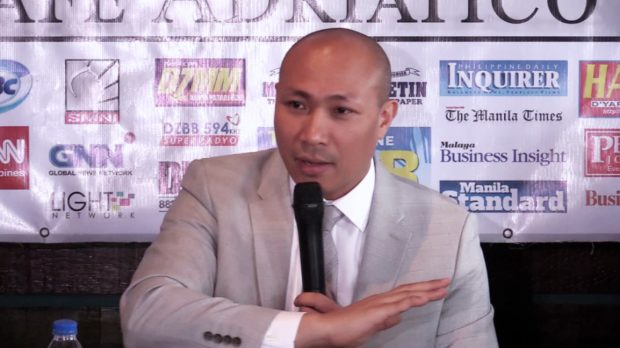 MANILA, Philippines — The presence of President Rodrigo Duterte’s friends and allies who are not government officials and has no business during his four-day visit in Japan could be considered a form of corruption, opposition lawmaker Magdalo Rep. Gary Alejano said Wednesday.

According to Alejano, posts circulating on social media showed that Duterte’s 200-member delegation to Japan was not entirely comprised of government officials who are needed in the official activities there.

“It has been circulating in social media that other friends and allies of the administration, who have no clear roles in official business, are also part of the delegation. This means that public funds could be used to shoulder their expenses. This could be considered corruption,” the outgoing party-list representative said.

Philippine Ambassador to Japan Jose Laurel V on Tuesday said Cabinet officials are joining Duterte’s trip in Japan as a “reward” from the President who is “elated” with the victory of administration candidates in the midterm elections.

But Presidential Spokesperson Salvador Panelo and Executive Secretary Salvador Medialdea have both denied this.

Alejano said Laurel’s statement already “implies that current government officials may have actually campaigned for the administration’s bets and used their position for such.”

If proven, he noted, this “violates the law which prohibits government officials and employees from campaigning.”

Previously, Panelo said Cabinet members were “prohibited by the President to campaign for the administration candidates during the last elections.”

Alejano, a staunch Duterte critic, further said the supposed “reward system” in government is “wrong and unacceptable” as it “breeds corruption.”